Review: Luke Bryan Leaves Spring Break Behind as He Pushes 40 on ‘Kill the Lights’ 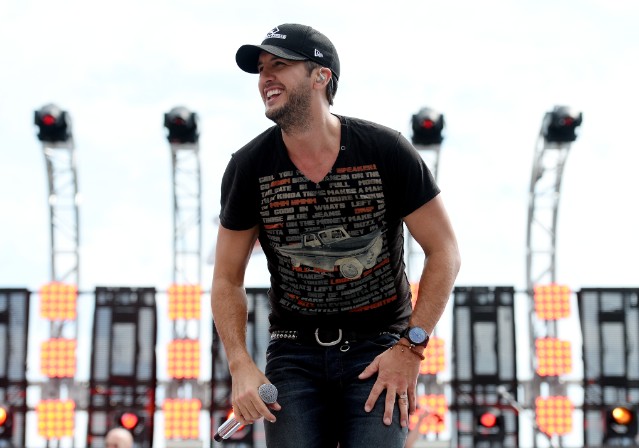 You can leave your headlamps on for only so long. Eventually, the battery’s gonna die. Judging by the title of Luke Bryan’s fifth record, Kill the Lights (and maybe by his Yankee Candle promotion), he understands this. This year, he ended both his annual Spring Break concert and the accompanying series of extended plays. Crash My Party, his previous, number-one LP, had two tracks with the word “beer” in the title: “Beer in the Headlights” was a desperate field report from bro-country, but “Drink a Beer” was an affecting ballad about abrupt loss.

On the other hand, his Crash My Playa festival is going strong. Country tends to stick with what’s worked, and as the reigning CMA Entertainer of the Year, it’s Bryan’s duty to drain that Dixie cup. Kill the Lights’ leadoff cut “Kick the Dust Up” stages a guerrilla heartland festival with Moog-ish synth zips and a stop-heavy guitar figure. The title track follows, and while the territory’s more worn (him and her, the moon and a radio), the high-stepping disco beat isn’t. He reprises the frenetic feel of “Country Girl (Shake It For Me)” on “Move,” a tribute to a carpetbagging, rug-cutting partner. It’s one of a few tracks on the record that refer to some throwback tune or other.

On a major Nashville record in 2015, though, what genre(s) those songs are is up for grabs. The boldest name on the Crash My Playa lineup is, suddenly, Sam Hunt: a crossover hunk intensely conversant with R&B flourishes. Hunt’s “House Party” just unseated “Kick the Dust Up” on the Hot Country Songs chart. Bryan’s own party songs rarely lack a compelling arrangement or an evocative phrase. It’s on the slower cuts — which take the reverie from the backwoods to the boudoir — where he gets a little too comfortable. A doleful vocal presence, Bryan draws his power from the arrangement, and a cut like the Coldplay-aping “Just Over” doesn’t offer him much. He can bare his dadbod — and he sure does on “Strip It Down,” the current single — but not his soul.

Still, it’s not like all his pop moves are surefooted. “Love Me Gone” fakes the fun with gimmicky repetition and some puzzling imagery (“Why don’t you slip into something off the secret menu”). He’s better on “Home Alone Tonight,” a codependent duet with Little Big Town’s Karen Fairchild. They down shots and text selfies to their selfies, working a cadence informed by chart R&B. But nothing’s more compelling than “Huntin’, Fishin’ and Lovin’ Every Day.” Brushed with wah, dusted with banjo, it’s a lighters-up ode to the singer’s personal Walden. It’s four-and-a-half minutes long, could go thrice as long live, and features a rare spoken-word bridge.

As the most prominent artist in this twilight-tailgate age, Luke Bryan’s never embarrassed himself. He’s chosen good material and done right by it. But Kill the Lights sees him both at an apex and a crossroads: Next year he’ll be 40, and even if bro-country continues to stave off sonic challengers, we’ll let him throw only so many more parties. One wonders how much further afield his pop instincts will take him.