Morrissey Sashays Through ‘Kiss Me a Lot’ on ‘James Corden’ 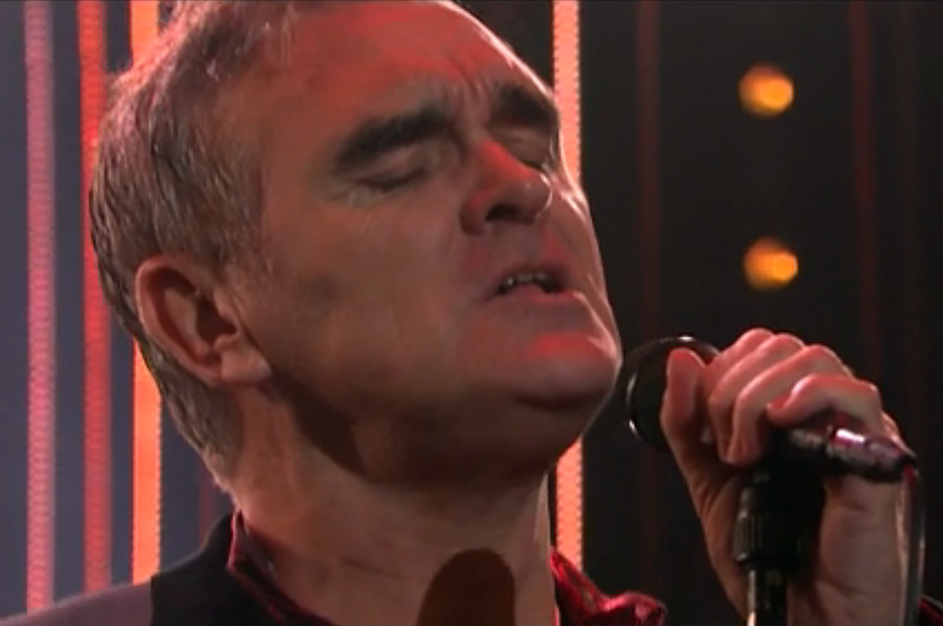 Update: Morrissey also went on Larry King Now for his first televised interview in reportedly ten years. The gems he readily discussed include: criticisms of President Obama and hopes for presidential candidate Hillary Clinton, getting his “rear cleavage” groped in airport security, his cancer diagnosis and struggle with depression (a.k.a. “the black dog”), and how no one who’s in the music industry really, truly likes it. Watch them all below.

Morrissey continues to ride the late-night performance wave following his last album, this year’s World Peace Is None Of Your Business, with an emotive, physically invested performance of “Kiss Me A Lot” on last night’s episode of the Late Late Show with James Corden. Watch it here.