He also dealt with a stage-crasher 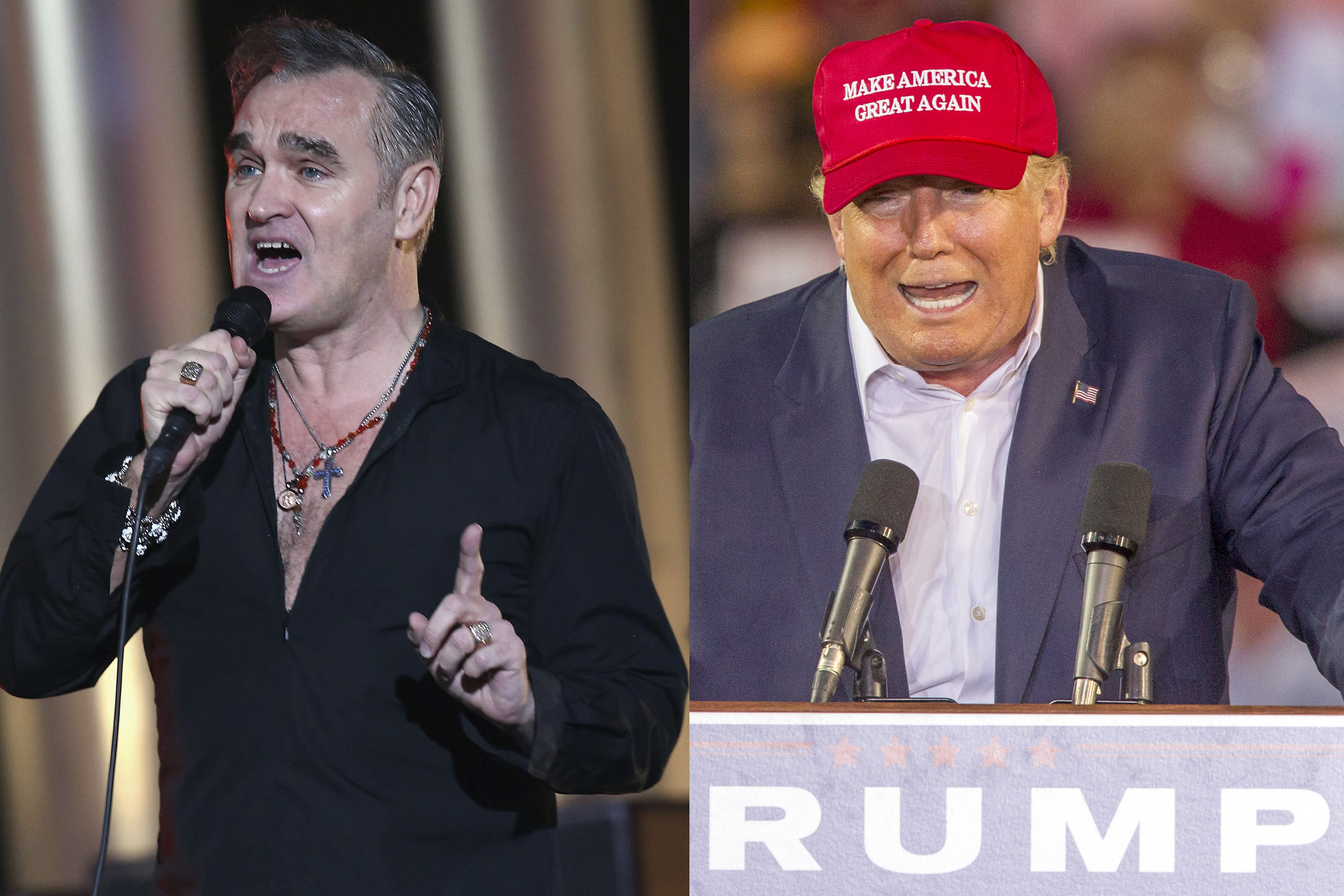 There’s no denying that Morrissey is a hater, and it’s certainly not surprising that he’s not a supporter of flaxen-haired “politician” Donald Trump. During his headlining FYF Fest slot last night, Moz offered a plea to his fans and potential voters in the 2016 presidential election. “I have a question for you,” he asked. “Are you ready for President Trump?” He continued, “Please I beg you, don’t.”

Morrissey joins Neil Young and Def Leppard bassist Vivian Campbell in their distaste for the Donald.

During the Sunday night performance, the former Smiths frontman also dealt with a stage crasher who managed to wrap her arms around the singer during a rendition of “Alma Matters.” NME quotes Morrissey as having said “no, ugh, ugh,” during the incident.