Cats are decimating the local wildlife, but Moz says they are "two million smaller versions of Cecil the Lion" 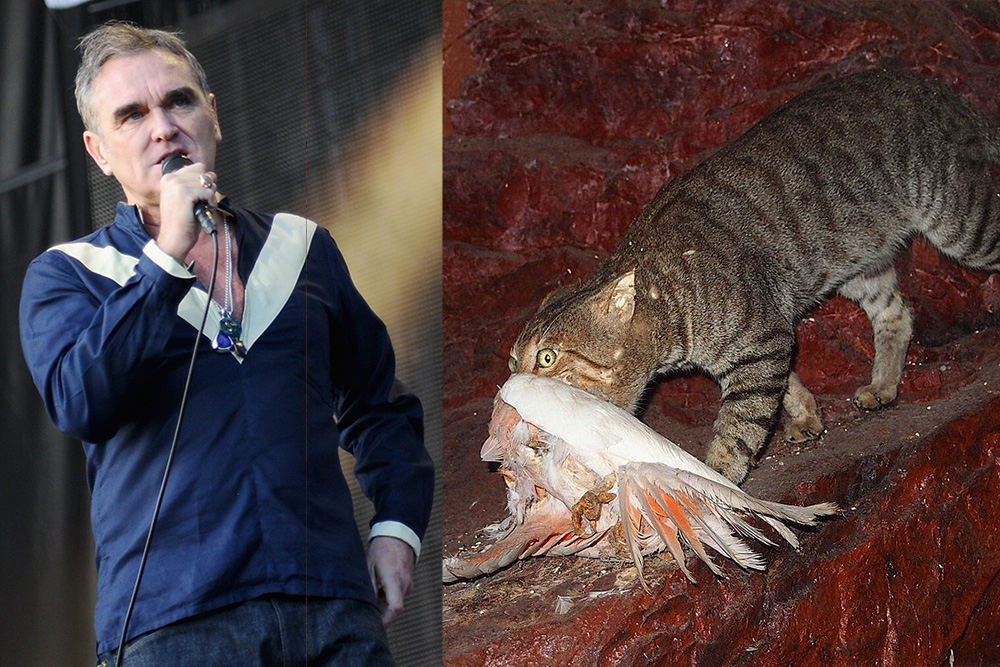 Wildlife in Australia is unlike any in the world. And now, many of the country’s indigenous species are being hunted to extinction by house cats. Yes, your furry friend is one of Australia’s worst invasive species, and the government of Australia is taking steps to make sure that kitties don’t cause native animals like bandicoots and quolls to go extinct by ordering the extermination of more than two million feral cats.

Morrissey — shocker — is displeased with the course of action. The crotchety former Smiths frontman blasted the government’s plan to protect Australia’s unique wildlife and heritage. “We all know that the idiots rule the Earth, but this is taking idiocy just too far,” he said in a statement, according to ContactMusic. “The cats (who keep the rodent population under control) will be killed in a ferocious manner, using Compound 10/80, which is a gut-wrenching poison of the most unimaginable and lengthy horror.”

Morrissey’s claim that cats “keep the rodent population under control” seems like it’s actually part of the problem these culls are intended to solve, though he brings up a halfway decent point about the choice of poison. There is, after all, more than one way to skin a cat.

“The people of Australia would never agree to this,” Morrissey continued, “but of course they will not be consulted, because the Australian government as ruled by Tony Abbott is essentially a committee of sheep-farmers who have zero concerns about animal welfare or animal respect. The cats are, in fact, two million smaller versions of Cecil The Lion.”

This, respectfully, doesn’t add up. Sometimes, you’ve just gotta kill a few cats to save endangered species. Don’t be such a pussy, Moz. (h/t Uproxx)