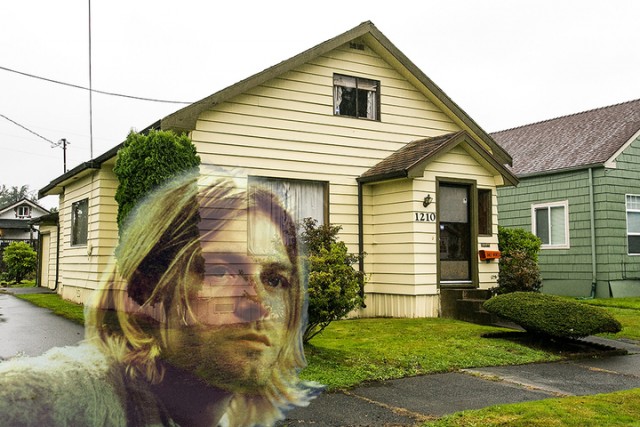 There’s one quaint, four-bedroom house on Chicago Avenue in Aberdeen, Washington, that’s different from all the rest. While other houses on the block tend to sell for $40-60k, this one is being offered for a whooping eight times that, because it was the childhood home of Kurt Cobain.

And, so far, nobody has dropped $400 grand on the property, perhaps because that’s insane and a maybe more than a little creepy.

The house was left more-or-less untouched since Cobain lived there, which would seem to explain the realtors’ lofty asking price. “There are a number of exciting possibilities for this unique property, including moving the building and incorporating it into a larger institution or private collection,” the listing reads. “This is a once in a lifetime opportunity to own a piece of rock history.”

The price dropped from $400,000, to $329,000 this month, if you’re interested in the somewhat depressing property. Maybe it’s not selling because it’s being haunted by a teen spirit?