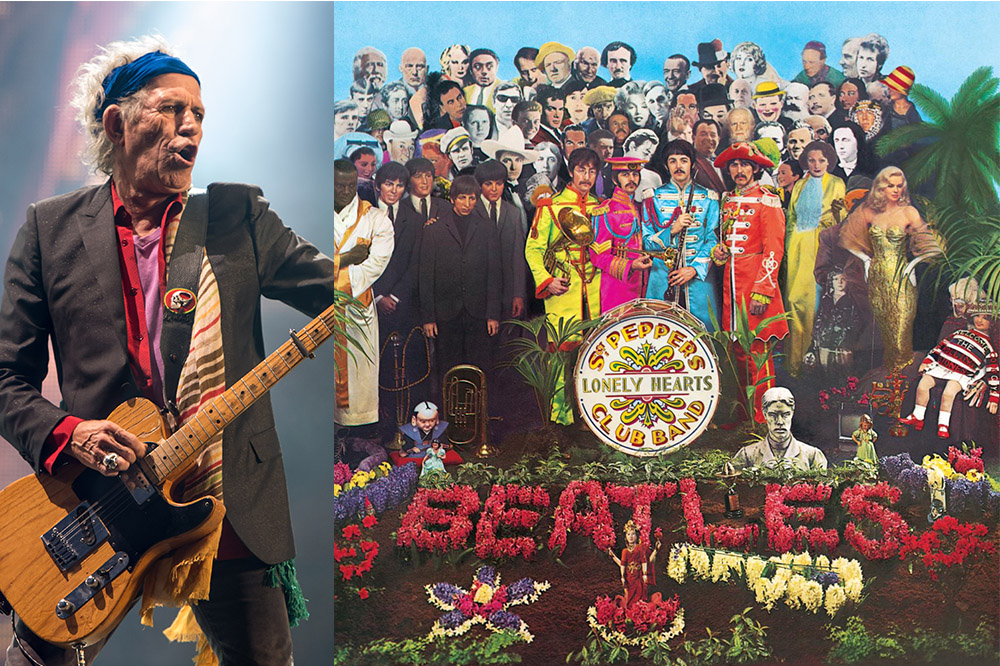 Tired of the Drake versus Meek Mill beef and wishing for an old school spat between music legends? Well you’re in luck, because the Rolling Stones’ Keith Richards took the opportunity to throw a little shade the Beatles’ way in a new interview with Esquire. “The Beatles, chicks wore those guys out,” he told the magazine. “They stopped touring in 1966 — they were done already. They were ready to go to India and shit.”

Richards further expressed his distaste or Sgt. Pepper’s Lonely Hearts Club Band, which is commonly cited as one of the finest albums ever made. He disagrees. “There’s not a lot of roots in that music. I think they got carried away. You’re starting to do Sgt. Pepper. Some people think it’s a genius album, but I think it’s a mishmash of rubbish, kind of like Their Satanic Majesties,” he said, adding a self-deprecating kicker. “If you can make a load of shit so can we.”

The iconic musician and on-screen father to Captain Jack Sparrow also discusses how he’s “probably more well-known because of [his] image rather than the music,” and how he would like to play with Little Richard. Read the full interview here, and look for Richard’s third solo album this fall.