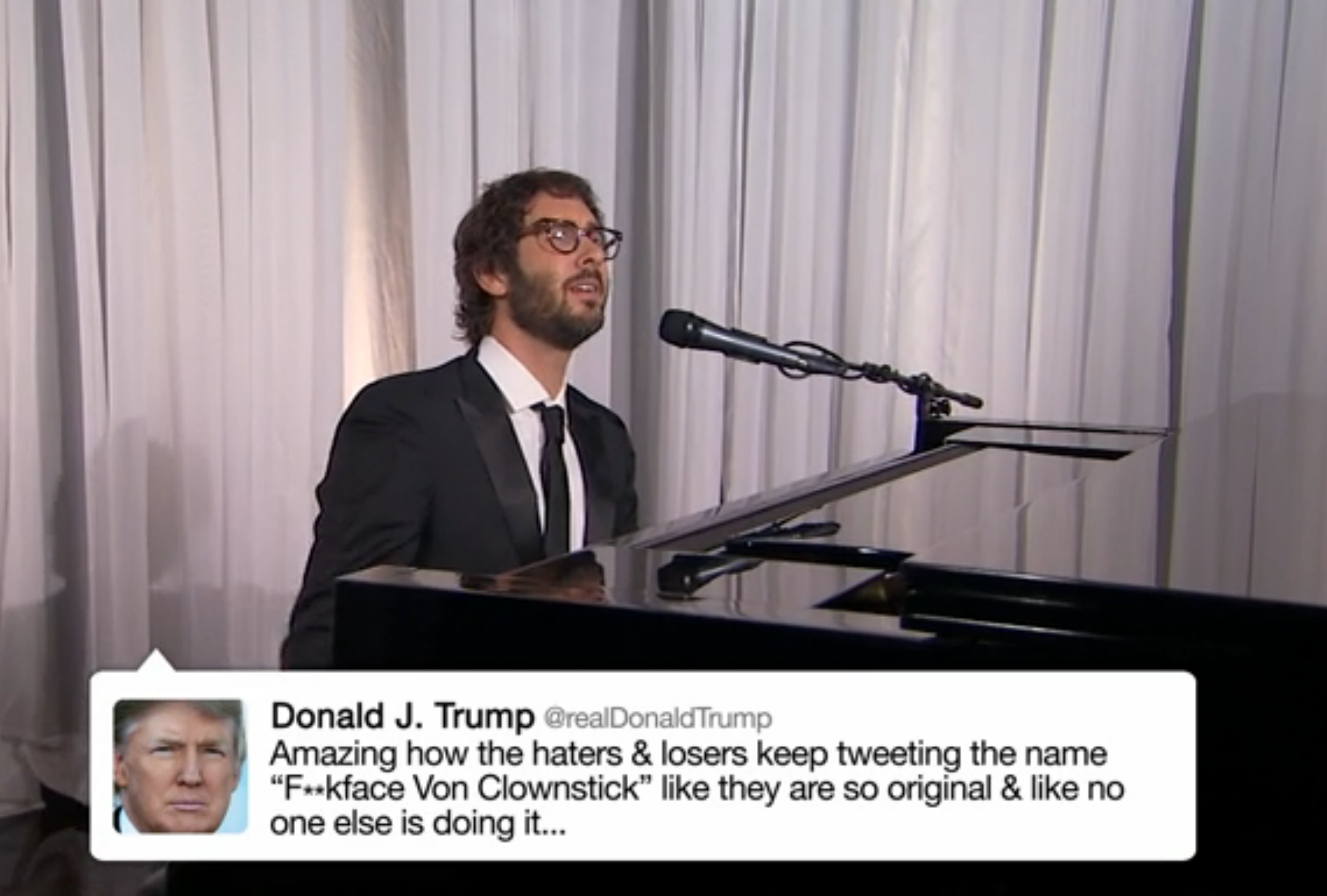 Donald “The Donald” Trump is known for a lot of things — his reality TV empire, his iconic Cheeto-orange hair, generally being gauche as hell, and his brash, no-filter tweets, to name a few. Well, Josh Groban stopped by Jimmy Kimmel Live on Monday night to give Trump’s social media presence the musical tribute it deserves. Like he did with Kanye West’s 140-character ramblings three years ago, Groban sang a few of Trump’s most memorable tweets. “Donald Trump’s tweets will make you laugh, they’ll make you cry, but mostly they’ll make you cry,” Groban said. Here’s a sampling:

I have never seen a thin person drinking Diet Coke.

Sorry losers and haters, but my I.Q. is one of the highest -and you all know it! Please don’t feel so stupid or insecure,it’s not your fault

Donald J. Trump is the current frontrunner for the Republican Party’s nominee to be the president of the United States of America.