Janelle Monae on Iggy Azalea Controversy: ‘She Steal From Us, We Steal Back’ 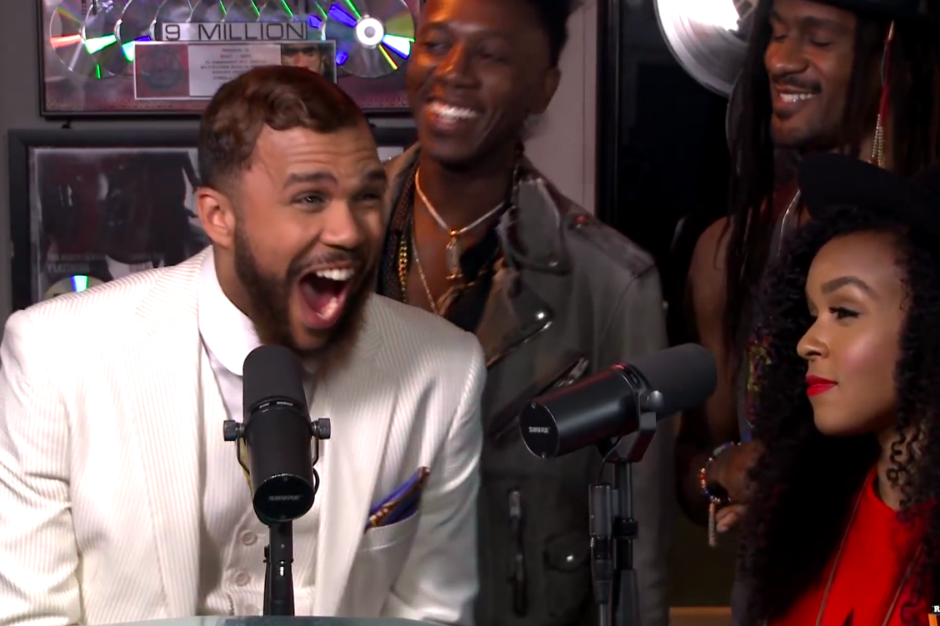 Wondaland Records labelmates (and artistic kindred spirits) Janelle Monae and Jidenna visited Hot 97’s “Ebro in the Morning” show earlier this week to talk about their new music, and assorted other new projects. Discussion about the sound of the latter’s hit single “Classic Man” led to the artist bringing up the similarity that many have mentioned between his song’s beat and the sputtering synth hook of Iggy Azalea’s 2014 smash “Fancy.”

“Some of the people have said Iggy Azalea is getting paid off this record,” Jidenna explained. “The truth is, we actually didn’t sample it. But ever since the decision of Robin Thicke and Pharrell, we believe that it was important to make sure that we are safe.” After co-host Peter Rosenberg brought the “irony” of Azalea — no stranger to accusations of improper musical appropriation herself — potentially suing someone for ripping off her music, Monae dropped the hammer: “She steal from us, we steal back.” (She goes on to qualify: “It’s all love. I mean, we all inspire each other… that’s what it’s about.”)

Watch the interview here. (The “Fancy”-related discussion starts about nine minutes in.)