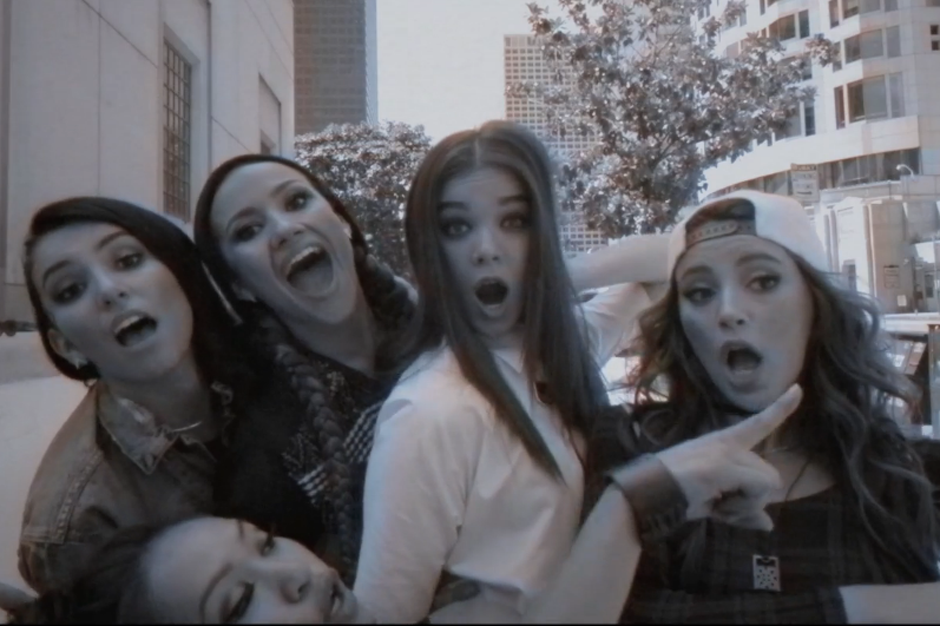 Hailee Steinfeld is an Oscar-nominated actress (for 2010’s True Grit) who’s appeared in some pretty high profile roles, including this spring’s Pitch Perfect 2, which required her to flex her vocal chops. Now it seems Steinfeld’s in hot pursuit of a solo pop career, and if her debut single “Love Myself” is any indication, it’s going to work well in her favor.

“Love Myself” is a self-empowerment single that, at its winking core tries to be something dirtier (she even rocks a t-shirt emblazoned with “Self Service” on its front). Lyrically it’s nothing incredibly special — fluff of the best summer variety — but Steinfeld’s vocals are more than serviceable, doing a decent amount of heavy lifting as she’s weighted by production by 1989 masterminds Mattman and Robin (who also worked on Carly Rae Jepsen’s upcoming album as well as Tove Lo’s Queen of the Clouds and more).

With a new video directed by Hannah Lux Davis — you might know her from her work on the “Bang Bang” or “2 On” visuals — and an appearance in new BFF Taylor Swift’s “Bad Blood” video, Steinfeld’s got all the right pieces in place to actually make something of a pop career. Write her off all you want as just another actress making the switch, but it’s worked before and with a team as serious and robust as the one Steinfeld and her label have assembled, expect to hear “Love Myself” — and many more inescapably good singles —  all over the airwaves in a matter of weeks.