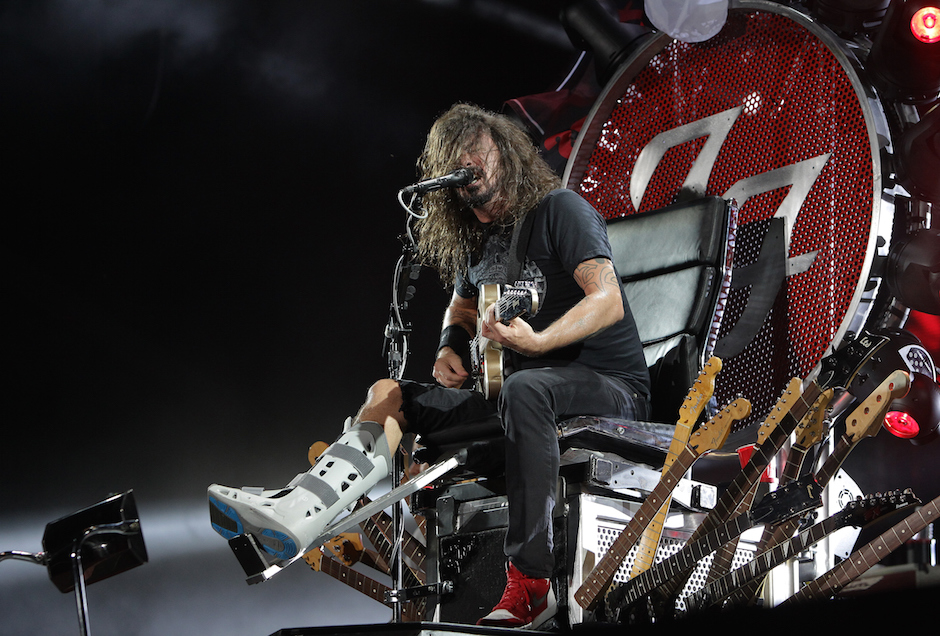 Dave Grohl just keeps on giving. A couple days after welcoming a fan to the stage to chug a beer for his 50th birthday, Foo Fighters treated concertgoers in Noblesville, Indiana on Thursday night to something even more strange, an appearance from Blues Traveler’s John Popper.

As Alternative Nation points out, Popper hopped on stage and played a harmonica while an enthroned Grohl led his band in a tightly wound blues riff. It’s not often you get the makers of not one but two of the Best Alternative Rock Songs of 1995 on stage at the same time. Foo Fighters tour continues onward to more arena-sized venues, starting August 29 at Wrigley Field. Blues Traveler will play a pair of date at Fishers, Indiana’s Conner Prairie Interactive History Park.