From 'Hotel Transylvania 2' but who's counting? 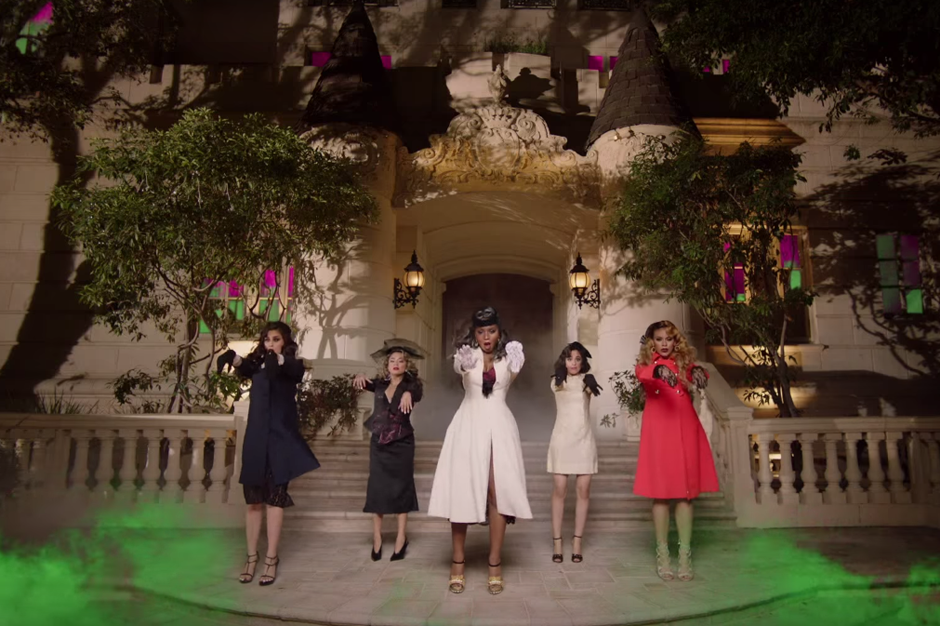 Fifth Harmony is the girl group record execs have been clamoring for since the demise of the Spice Girls; they’ve got personality, the voices that’ll support any production thrown their way, and the ability to execute tight choreography in, well, harmony. Now the ladies have released the music video for their (bear with us) Hotel Transylvania 2 banger, “I’m In Love With a Monster.” Though the visual’s intercut with the occasional animated sequence, it’s mostly about all five Fifth Harmony members vamping and camping it up as they prance around in outfits straight out of a Twilight Zone episode. Perhaps if there’s enough fan outcry (a la Hilary Duff’s glorified Tinder ad of a video for “Sparks”), all those pesky Hotel Transylvania 2 sequences will disappear, but until then, enjoy the over-the-top histrionics of “I’m In Love With a Monster” below.