Eww: Tyga Made a Video for His Gross Song ‘$timulated’ With Kylie Jenner 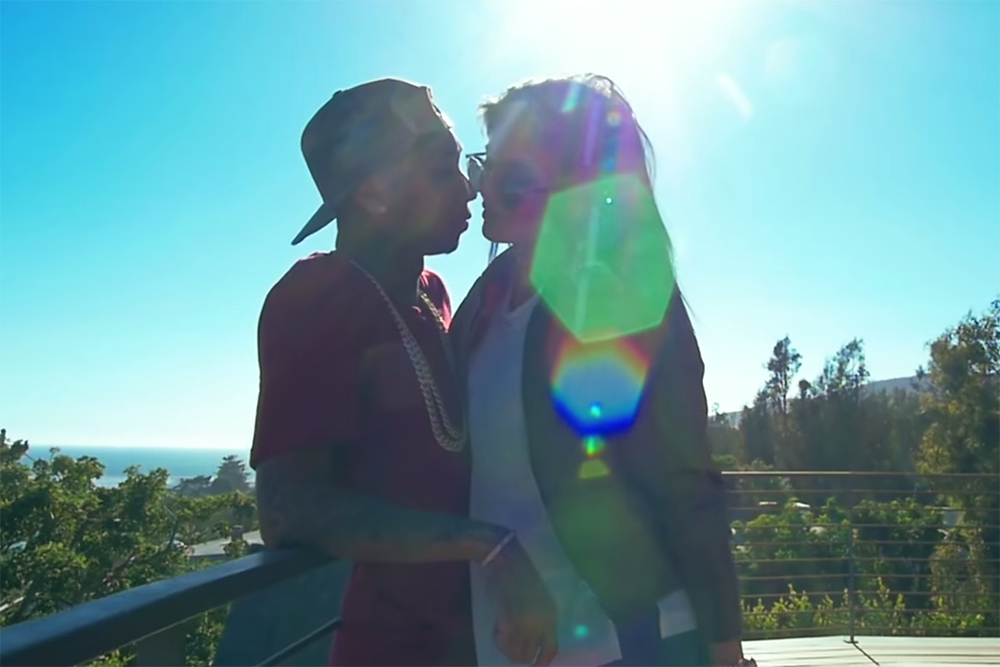 Tyga, a 25-year-old rapper of thus-far dubious talent, is doing his best to ensure that 2015 isn't exclusively remembered as a stellar year for rap
MORE >>

Well, as of August 10 — a scant 21 days ago — Kylie is 18 years old, and she costars in the new video with Tyga. No longer having to hide their alleged relationship, the two make out on a gorgeous Southern California balcony. The video also shows Tyga hard at work writing lyrics like “She a big girl, dog, when she stimulated” as if he’s the modern-day Shakespeare. Watch the video below. Or don’t.