Eminem Ran 17 Miles a Day While Recovering From His Overdose 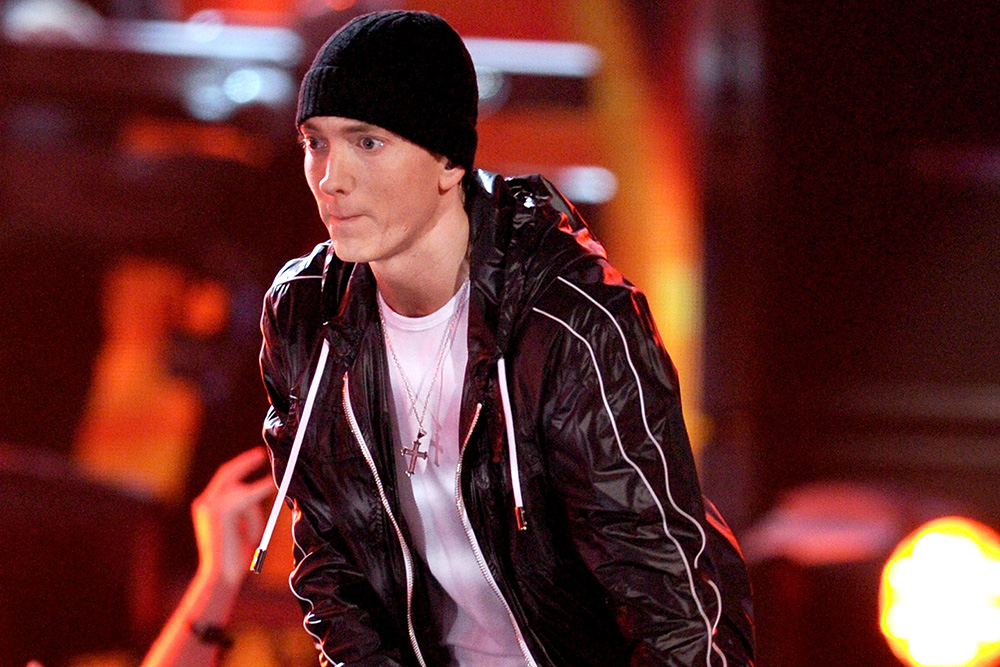 Southpaw, the recently released boxing film that stars Jake Gyllenhaal in a part originally intended for Eminem, understandably puts a lot of emphasis on being in shape. In a new interview with Men’s Journal, Shady (who served as executive producer for the movie’s soundtrack) explained that he’s quite the fitness buff, and ran 17 miles a day when he was recovering from a 2007 overdose. The rapper needed to lose weight when he got out of rehab later that year and was having trouble sleeping, so running was a perfect fit. “It gave me a natural endorphin high, but it also helped me sleep, so it was perfect,” he said. “It’s easy to understand how people replace addiction with exercise.”

“I think I got a little carried away,” he continued. “I became a f—king hamster. Seventeen miles a day on a treadmill. I would get up in the morning, and before I went to the studio, I would run eight and a half miles in about an hour. Then I’d come home and run another eight and a half.”

After the running began to take its own mental and physical toll, Eminem switched to workout DVDs, and still follows their workout plans before he hits the studio every morning. It seems like Slim Shady is now Swole Shady.