Chris Cornell Made a Paparazzo Sing Audioslave’s ‘Like a Stone’

He also weighs in on the question on everyone's mind: "Were [nipple rings] ever [cool]?” 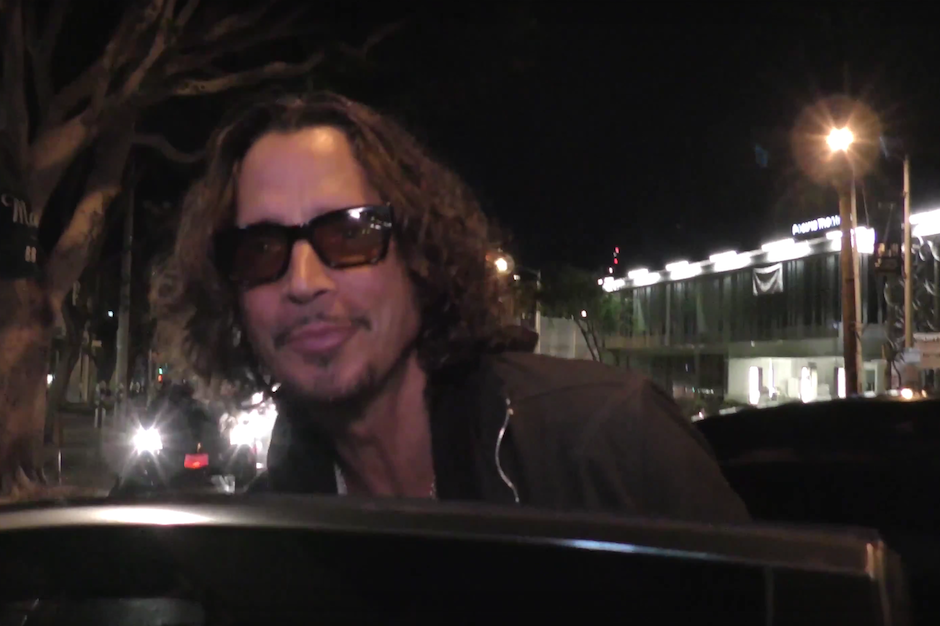 Dealing with paparazzi has to get old if you spend enough time in the public eye, but Soundgarden frontman Chris Cornell seemed to take a recent interaction with a pair of opportunistic photographers pretty well. As Alternative Nation points out, a couple caught up with Cornell and offered him the usual runaround, asking him whether he thought Kendell Jenner’s new nipple ring was cool (“Were they ever really?” he mused).

But he perked up a bit when another of the pair mentioned that he “rocked” Audioslave’s hit “Like a Stone” at karaoke. Not wanting to miss the opportunity to turn some of the evening’s inconvenience back on the photographers he then forced him to sing a verse of the song while requesting that the other film it. His verdict: “Beautiful.” Watch the whole video here.