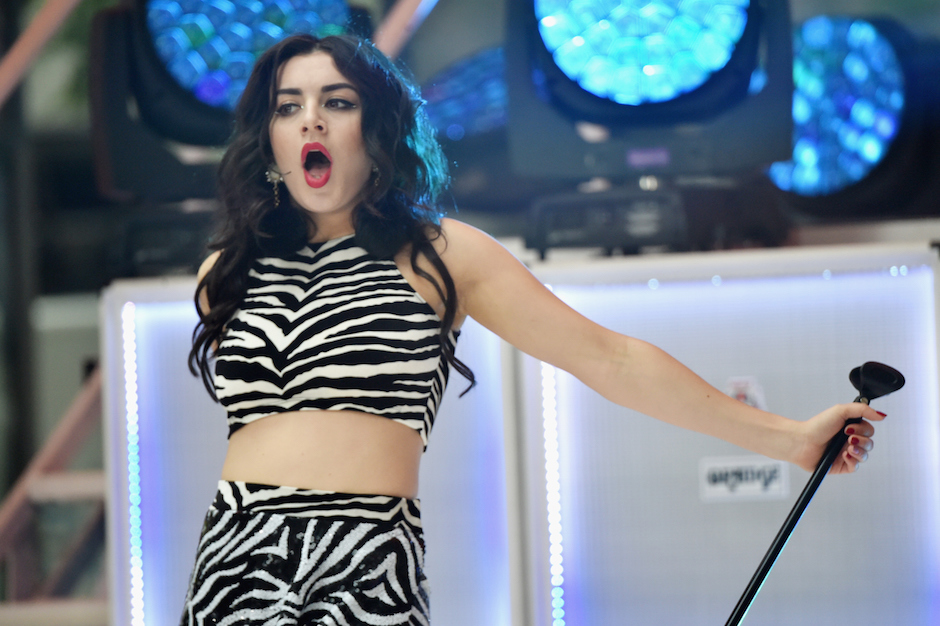 What do Charli XCX and Fetty Wap have in common? Besides being hitmakers, both artists continue to churn out songs at a rapid enough pace that it makes you wonder how much sleep they’re getting.

After Charli premiered “Mow That Lawn,” a sneering song from her “long-lost” punk album — meant to be the stepping stone between True Romance and Sucker — PC Music affiliate SOPHIE premiered another one of their ongoing collaborations at New York City’s Output. Tentatively titled “Girls Night Out,” the song is a squeaky, thumping, bell-clanging “Groove Is In the Heart” takeoff (which the British singer covered for a Target ad this year, coincidentally) that doesn’t lose any of Charli’s trademark wit and attitude. Check out a 90-second fan shot video of that below and start lighting prayer candles for a new album — an EP, even — by year’s end.