A$AP Rocky Showers Tyler, the Creator With Praise Ahead of Joint Tour 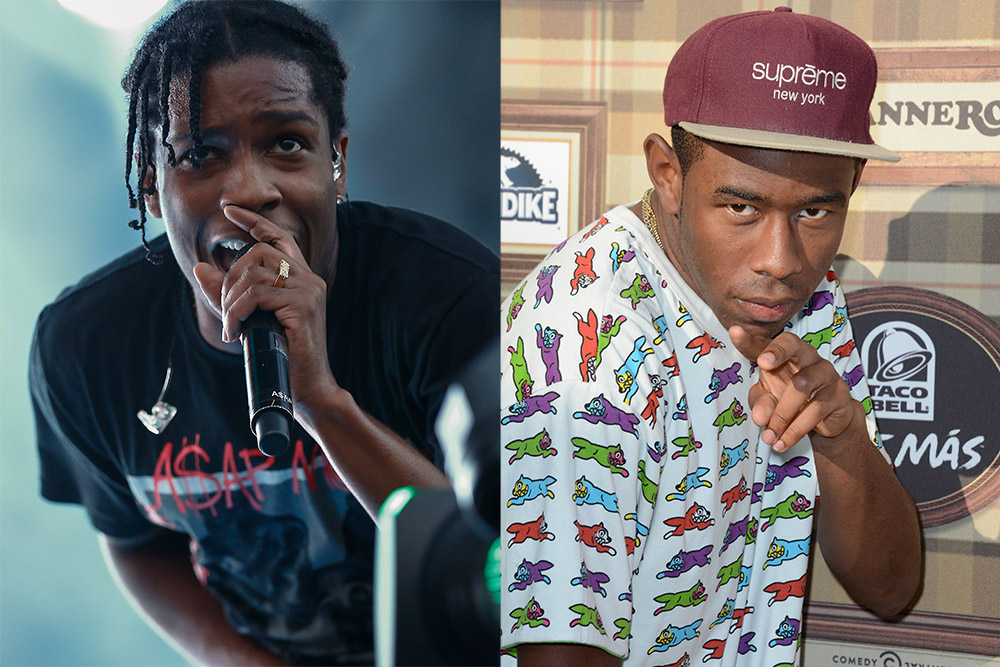 Update: The U.K. Home Office has issued a statement regarding Tyler, the Creator’s case. Read it below via the Quietus:

Coming to the UK is a privilege, and we expect those who come here to respect our shared values. The Home Secretary has the power to exclude an individual if she considers that his or her presence in the UK is not conducive to the public good or if their exclusion is justified on public policy grounds.

Update: Tyler, the Creator claims he’s been officially banned from the U.K. for “three to five years” due to lyrics from 2009. His manager had more to say in a Tumblr post, claiming the ban stemmed from official orders from the “secretary of state for the home department of the united kingdom.”

BASED ON LYRICS FROM 2009 I AM NOT ALLOWED IN THE UK FOR 3-5 YEARS ( although i was there 8 weeks ago) THAT IS WHY THE SHOWS WERE CANCELLED.

A$AP Rocky is gearing up for a North American tour with three of his most talented contemporaries, Tyler, the Creator, Vince Staples, and Danny Brown. In a new interview with Revolt, the At.Long.Last.A$AP artist showered effusive praise onto Tyler. “I f–k with Tyler’s whole movement,” he explains. “His aesthetic, what he does. He directs his own videos, produces his own beats, designs his clothes. He ran his crew for awhile, ran companies and stuff like that. And I mean, just being a fellow artist I respect that.”

The Cherrybomb rapper, meanwhile appears to have just canceled several European tour dates of his own. “DUE TO CIRCUMSTANCES I WONT BE PLAYING READING, LEEDS, BELFEST AND OTHER SHOWS IN THE UK,” he tweeted, alluding to a canceled Dublin show in another message. “SUCKS AND IM SORRY. I LOVE YOU, SAVE THE HORSES -T.” No further explanation has been given.