Roundtable: How Often Are You Still Using Apple Music? 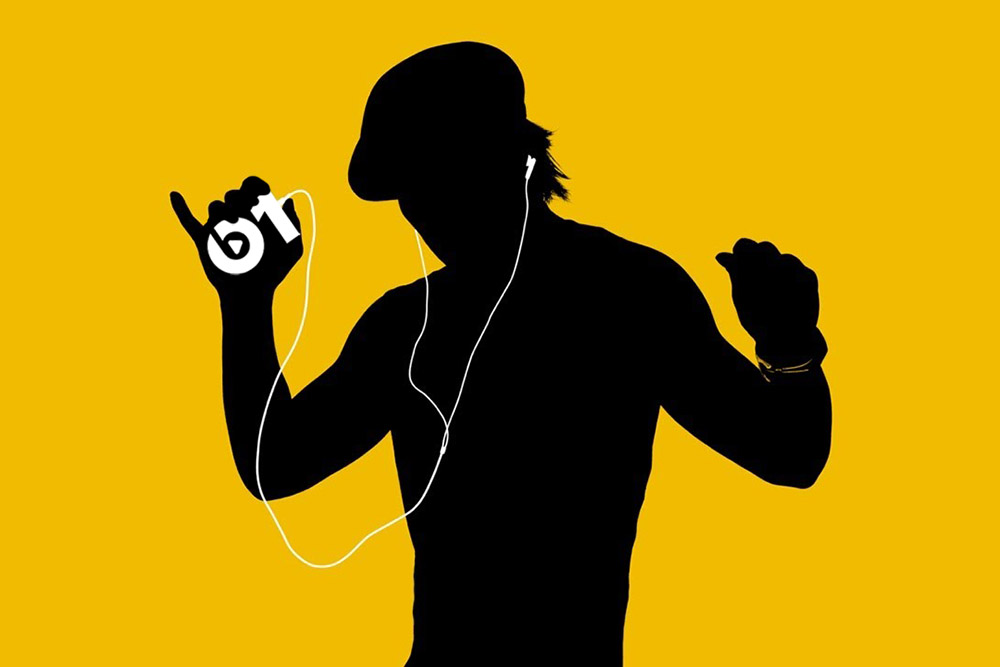 On June 30th, Apple Music debuted to much fanfare as the newest entrant in the increasingly crowded fight for the streaming allegiances of the music-listening public. A month and change later, five members of SPIN’s staff discuss how big a part of their lives the service has remained since its premiere, and whether they’re planning on continuing to subscribe once their free trial runs out at the end of September.

Brennan Carley: I think first of all it’s important to acknowledge that none of us are coming to the table as “average consumers” right now; we write about music for a living, so by that nature we have to be up on certain things that everyday folks might not bat their eyelashes at. I still have a Tidal subscription, but only because I need it for work purposes, otherwise that’d be gone in a heartbeat; likewise, I keep my Spotify subscription because it’s convenient for me to have access to a clean, easy-to-navigate database of music that’s ad-free.

Apple Music is similar in that regard. I first picked up the three-month trial because of work. I knew stuff would be premiering on the service: Best Coast videos, a new Disclosure song, and the Dr. Dre album all made their first appearances on Apple Music. However, I’ve also found myself totally enamored with the service on a personal level. It’s curated really nicely, nailing my tastes pretty precisely in a way that doesn’t feel creepy or invasive. Then there’s the Beats 1 experience — a hive mind phenomenon to be sure, but one that makes you feel like you’re a part of something — that’s exposed me to new music in a way that feels totally organic (though it’s not, I’m not naive) and refreshing. It props up-and-comers like Alessia Cara as the #NextBigThing well in advance of their actual Top 40 ascensions, and it also cracks open the minds of already-known figures like Elton John and Josh Homme, letting you deeper into their personalities than we’ve ever been before. All hail Beats 1. I will listen to Beats 1 as long as it will have me.

There are major flaws with Apple Music though, ones that are still insurmountable for me when it comes to the decision to re-up my subscription. Initially, I was thrilled to be able to take years worth of music with me at a button’s click before I realized that I’d need to add all my personal music to Apple’s cloud service in order to play it on my phone from there on out. I immediately toggled out of the service on my phone’s settings — a trickier process than it needs to be, which felt shady — because I’d rather not have to deal with the big, ominous cloud in the sky.

Will you subscribe when your trial runs out? As long as the cloud issues remain, it’s a no, but I’ll be faithful to Beats 1 nonetheless.

Andrew Unterberger: I expected the answer to this question to be “not at all.” Moreover, I hoped that the answer would be “not at all.” An anti-Apple bias instilled in me (since well before I even knew who Jet was) by my fervently Mac-hating brother has me eternally predisposed to dislike and distrust any service that requires me to use a product whose name begins with a lowercase “i.” What’s more, I’ve been Spotify, Ride or Die for about a half-decade now: It has its flaws, but I have about a million playlists there I’d hate to lose, and it forever changed the way I ingest music for the better. I tend to be a brand loyalist in such matters; I used RealPlayer until the end of the 2000s.

Still, I have to admit, that Apple has done an impressive job of making their service an instantly integral part of the pop discussion. Between the exclusives, the star-DJed shows, and the expertly manicured playlist building, Beats One has quickly become the radio station I listen to the most — even though that still only comes out to about a couple of hours a week — and perhaps more importantly, the one I feel like I have to listen to, at all. I’m not that reliant on the Apple Music library yet, but I’d be lying if I said I didn’t notice its arsenal being generally superior to Spotify. I can and will resist the takeover for as long as possible, but I can already tell: I’ll be welcoming my Apple streaming overlords soon enough.

Will you subscribe when your trial runs out? Maybe not on September 30th, maybe not for months or years after, but someday. Sorry bro.

Harley Brown: After my sneak peak at Apple Music the day before it officially launched, and in the subsequent hours I spent tooling around the curated playlists and gawking at the colorful (if crowded) high-definition display on my tester iPhone 6, I proclaimed myself a convert. I’m a proud sucker for new Apple products, if not the practices that make them, and at that point it seemed like its streaming service would be the most convenient of one-stop shops for a listening experience I had been cobbling together from Spotify, Songza, and SoundCloud.

Once I downloaded Apple Music on my own iPhone, however, everything started to get a little more confusing. I couldn’t figure out the difference between iTunes Match and the Apple Music cloud, and in the process deleted all the music off my phone before I figured out how to get it back. While that’s probably my bad — I might be the biggest Luddite ever to be a music business/tech reporter — that experience also fed into Apple Music’s general user-unfriendliness: there are simply too many bells and whistles. And, if there’s no WiFi connection, and it’s not possible to listen to music that’s not already in one’s iTunes library; that’s a huge downside for someone who often walks long distances or runs while listening to music on the aforementioned listening services.

Will you subscribe when your trial runs out? Probably not.

Colin Joyce: As an avowed hoarder of meticulously organized mp3s, the seemingly unstoppable push toward a streaming-only era has been a source of anxiety, but Apple Music almost won me over. Since it’s already integrated within iTunes all it took was a (nerve-wracking) software update and then I was there — basking in a veritable wonderland of playlists recommending me both Wolf Eyes and Thin Lizzy. Sure, I’m on board with that. Beats Radio’s sweet, too, in small doses (though the problem of having that damn Bring Me the Horizon track in constant rotation is something that neither they nor terrestrial radio can seem to fix), but that’s apparently available even if you’re not a subscriber.

And yet…I can’t seem to make the switch entirely. Old habits die hardest, so I still find myself playing tracks that are stored on my computer rather than seeking out stuff on the streamable portion of the site. I find myself with no real conscious objections to the service, just no real need for it with nearly a terabyte of music stored locally and more easily within reach. But I may find myself switching away from iTunes sometime soon as a result of this new update: every time I try to add a record to my library in this version, it stalls out and crashes.

Will you subscribe when your trial runs out? Sure, if I forget to turn off the auto-renewal.

Dan Weiss: I don’t use streaming services. Full disclosure: I worked at Rhapsody and loved it — but I’m the dinosaur here. At least, if downloading is now considered archaic. I own over a thousand CDs because I grew up viewing the physical media of a music album as a full objet d’art, rather than just the car the music arrived in. Even in the 2010s, Apple-phobe Taylor Swift released Speak Now with coded messages in the lyric booklet (one spells out “Portland,” which might have finally sent one friend of mine over the stalker borderline). But because I also own about seven times as many albums downloaded (and that’s just the stuff I’ve kept), there’s a much simpler argument for my cause.

Until one of these libraries is truly universal, why would I want to splinter my collection (or this proposed illusion of one) across multiple formats and platforms? Buy Taylor Swift albums but not everyone else’s? Keep my hip-hop mixtapes separate from the stuff that didn’t have sample clearance issues? Frank Ocean’s Nostalgia, ULTRA, one of my favorite song cycles of the last five years, will never be available on any of these formats. Nor will Young Thug and Bloody Jay’s Black Portland, or Lil Wayne’s Da Drought 3. The only way to standardize your collection is to build the library yourself. Otherwise, you’re essentially paying for a radio station.

Will you subscribe when your trial runs out? Not fixing what ain’t broken.