Watch 1,000 Musicians Play the Foo Fighters’ ‘Learn to Fly’ at the Same Time

It's a veritable army of Fighters 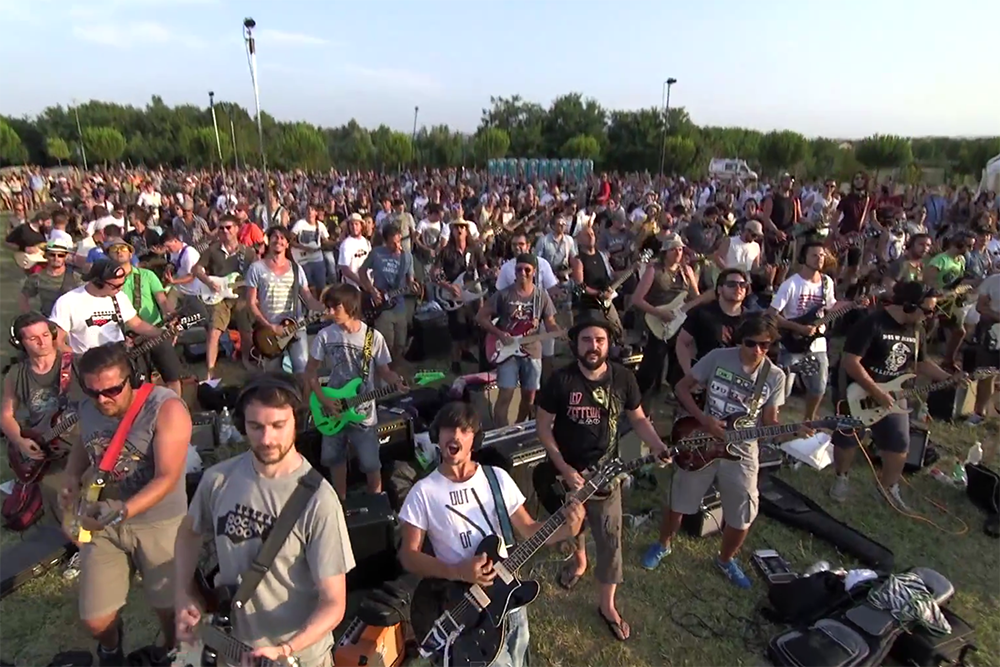 One thousand musicians banded together in Italy to perform the Foo Fighters’ “Learn to Fly” all at once in an attempt to woo the band to come play a show for them. Let’s repeat that — 1,000 musicians. A thousand.

“The Foo Fighters are not in Romagna since 1997, it’s time to get them back, but we need a crazy idea,” the description on Rockin’ 1000’s website explains. “We have to organize something that kicks ass worldwide and can be seen by Dave Grohl: We will ask one thousand rockers to play one of their songs, all together and at the same time.”

And they did it — magnificently, after more than a year of work. “What we did here is a huge, huge miracle,” the event’s creator Fabio Zaffagnini explained. “One thousand rockers that came from all over the nation at their own expense, and they just did one song — your song. We ask you, the Foo Fighters, to come play for us.”

It’s an invitation that’s going to be pretty hard to turn down. Check it out here.