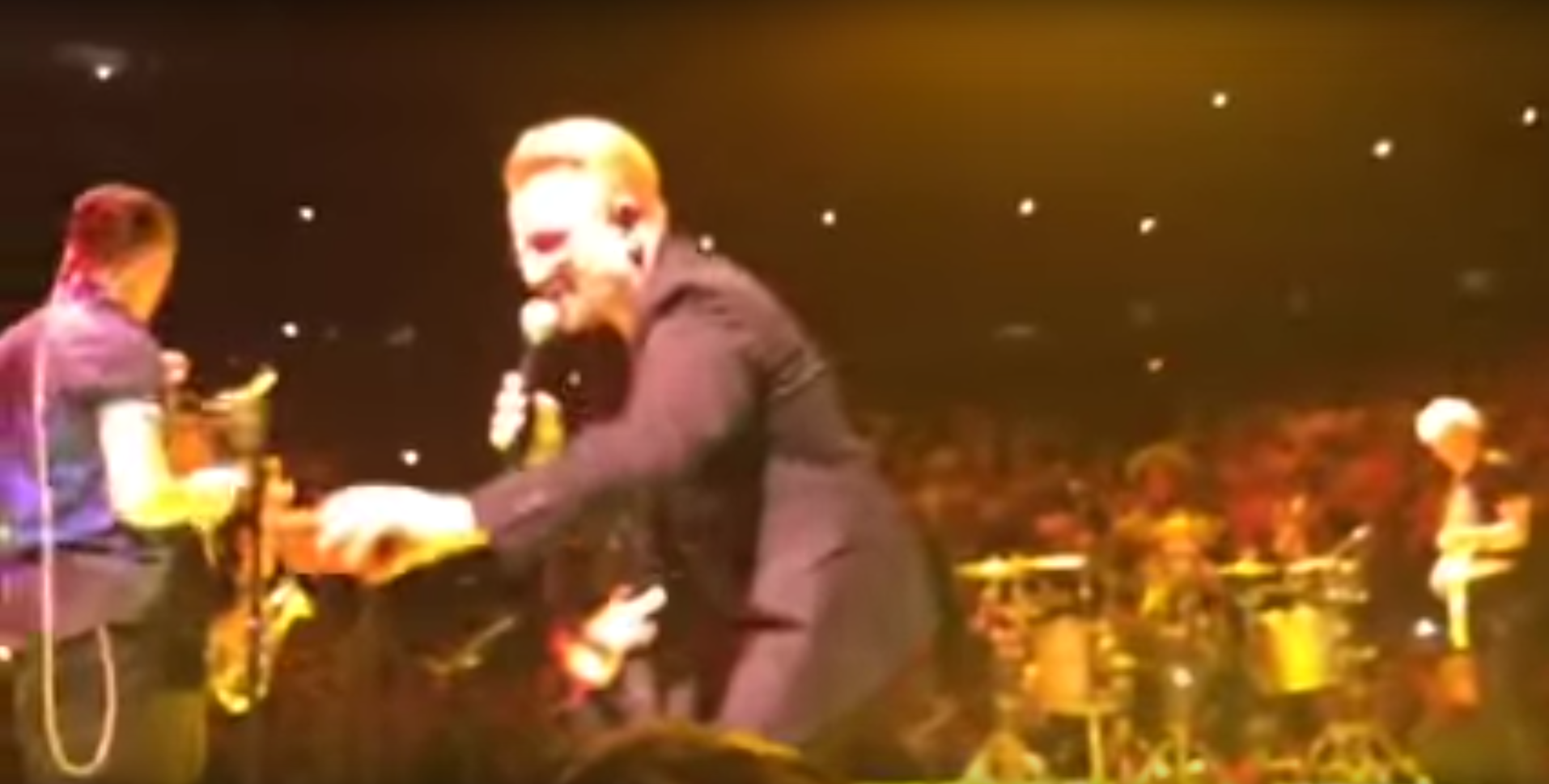 It’s been a relatively star-studded week for The Tonight Show Starring Jimmy Fallon’s titular host and his backing band the Roots, who hosted disco don Giorgio Moroder behind the keys a few days ago and made their own cameo appearance at U2’s Madison Square Garden show on Wednesday night.

Watch Fallon join Bono and co. for “Mysterious Ways” and “Desire” and the Roots hop on “Angel of Harlem” here. (And to further stir your sense of FOMO, Billboard reports that Sir Paul McCartney, Alicia Keys, and Nile Rodgers were also there.)