But he did "sing" the Weeknd's "Can't Feel My Face" 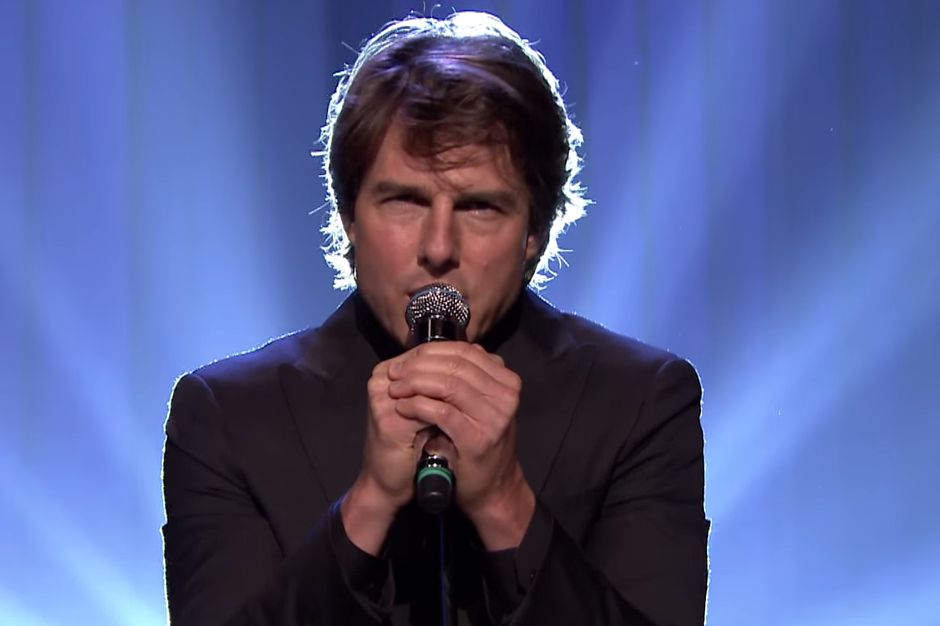 In town to promote Mission: Impossible Rogue Nation, Tom Cruise stopped by the Tonight Show Starring Jimmy Fallon to engage in one of the host’s time-honored lip synch battles. Once onstage, the action star threw himself in to a passionate rendition of the Weeknd’s massive hit “Can’t Feel My Face” followed by Meat Loaf’s “Paradise By The Dashboard Light” and a two-person serenade of the Righteous Brothers’ “You’ve Lost That Lovin’ Feelin.'” Because Top Gun.

But y’know what would’ve been really funny? If when the opening piano chords to Bob Seger’s “Old Time Rock and Roll” (because Risky Business) had sounded, Cruise had torn his slacks off and owned that s—t. Missed opportunity, Cruise. Missed opportunity.