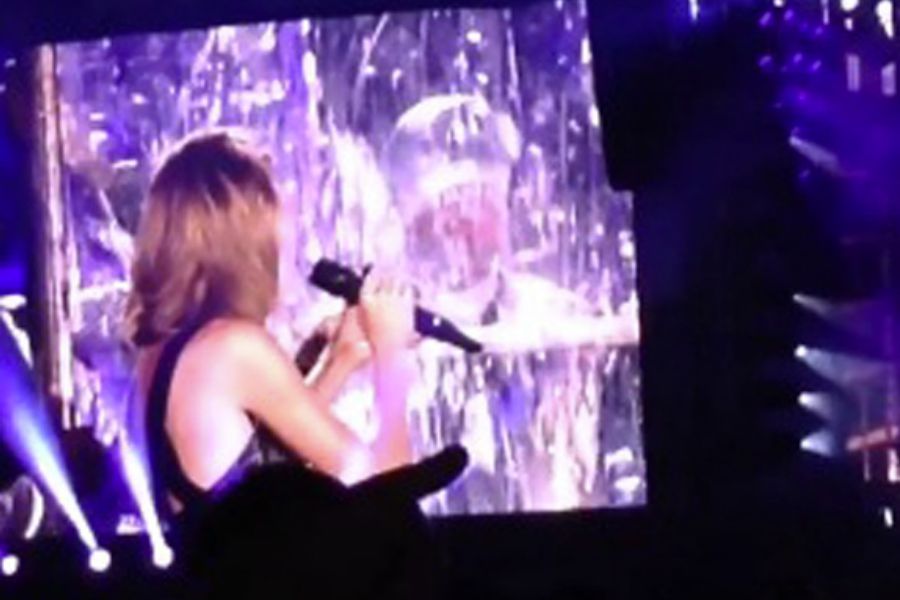 Taylor Swift played a show in Foxborough, Massachusetts over the weekend, where, during a performance of “Bad Blood,” a dancer in a shark costume — no doubt emulating Katy Perry’s now-famous Super Bowl offbeat “Left Shark” — briefly popped up behind her, sparking laughter from Swift.

The shark’s appearance will probably give people even more reason to believe that “Bad Blood” is about her now-public feud with Perry, which Swift briefly described to Rolling Stone without naming names: “For years, I was never sure if we were friends or not.”

If you’ll recall, Swift also spoke to RS about how this unnamed singer “basically tried to sabotage an entire arena tour. She tried to hire a bunch of people out from under me.” (Translation: People = backup dancers.)

Anyway, watch a fan-shot clip of Swift and the shark via the Mirror.