Billy Corgan was not pleased 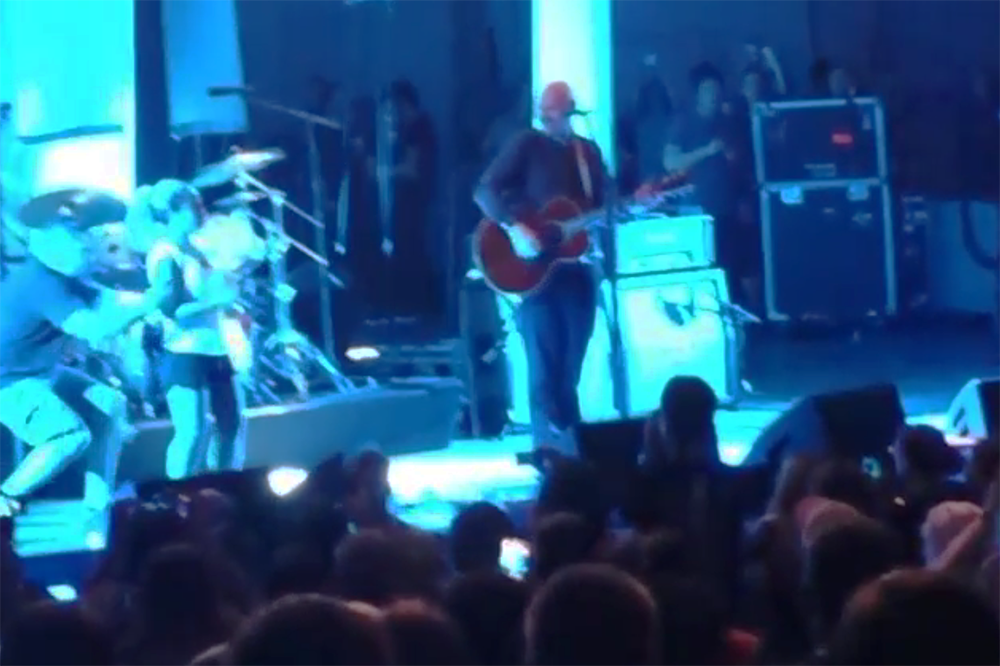 Update: It turns out security was even worse than originally reported; according to the Smashing Pumpkins themselves, they actually had three people stage crash during their New Jersey concert on Wednesday night, not two.

@SPINmagazine actually it was 3 times. Security was not on top of their game.

Smashing Pumpkins were subjected to two fans intent on becoming (Stage)Crashing Pumpkins at their concert last night. While performing at New Jersey’s PNC Bank Arts Center on their tour with Marilyn Manson, two audience members were able to bypass security on two separate occasions to dance alongside  William Corgan before getting tackled by tardy guards. The first individual rushed the stage during “Disarm” and danced alongside a seemingly amused Corgan before being escorted off stage, but the frontman was a little bit less amiable when the second crasher made his appearance during “1979.” “I don’t know how those people are getting on stage but the next person that does is getting a guitar upside the head!” Corgan said, according to Alternative Nation. Watch videos of the intruders below.