Corey Taylor does not agree with 'Ye's self-proclaimed title as "the No. 1 Rock Star on the Planet" 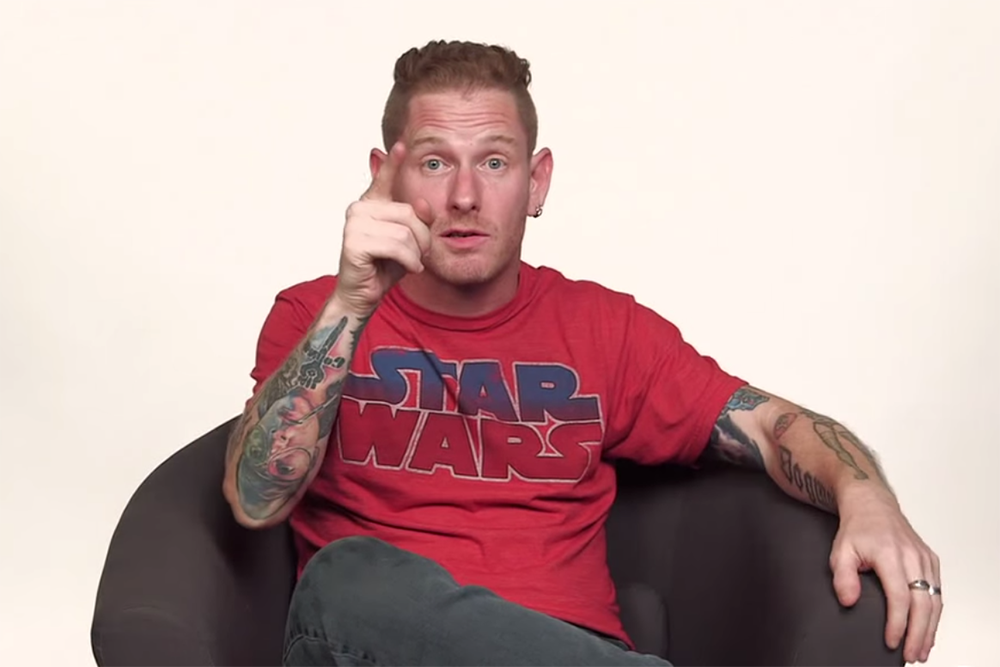 When it comes to Kanye West’s public antics, nothing seems to surprise his fans anymore
MORE >>

Many people enjoy Kanye West’s music. Kanye West is one of those people. Many others do not like Kanye West’s music. Corey Taylor, the frontman for the heavy-metal band Slipknot, took issue with ‘Ye’s self-proclaimed title as “the No. 1 Rock Star on the Planet.” Kanye first deemed himself this during a 2013 interview with Zane Lowe, and brought it up again during his controversial headlining performance at Glastonbury. To voice his important opinion, Taylor filmed a short video for Music Choice where he mimes slapping Kanye on the wrist like a child and advises him that if you have to say you’re the No. 1 Rock Star, you probably aren’t.

Slipknot, for what it’s worth, were last featured on SPIN because their guitarist got in a knife fight with his brother, and for being told by California fire officials that they couldn’t light a bunch of camel shit on fire at their music festival.