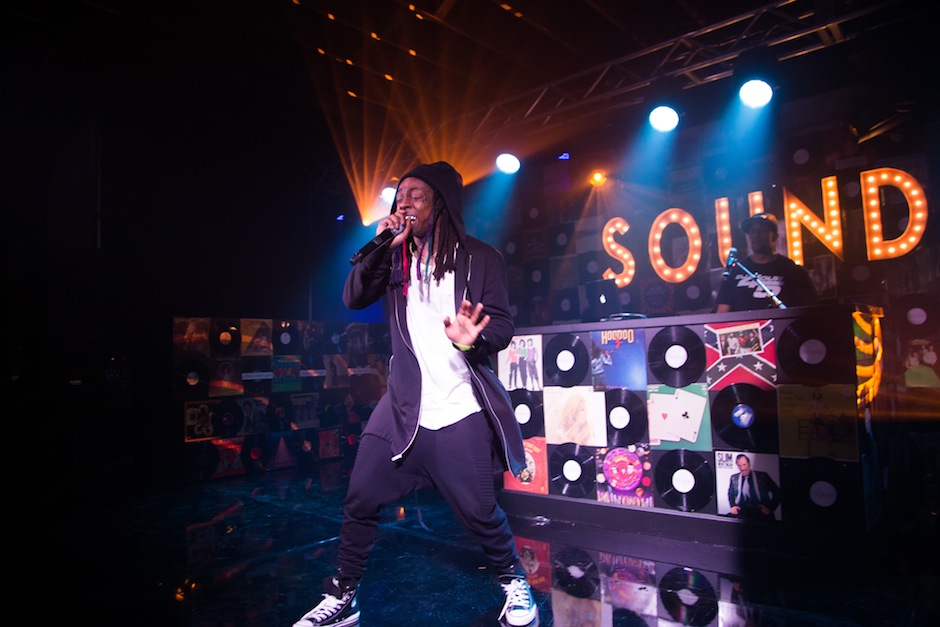 Cash Money is an army — but Baby and Slim’s New Orleans venture has always been afflicted by disgruntled soldiers, going back to early-‘90s acts like UNLV, members of the Hot Boys, and even their in-house producer, Mannie Fresh. Lil Wayne’s whopping $51 million lawsuit against the label is the latest case of revolt, this time with Weezy likening himself to a prisoner and claiming his long-delayed Tha Carter V album is being held back from release. But despite a provocative title that suggests he’s hitting back at his former allies, FWA — or Free Weezy Album — isn’t so much a statement of independence as Just Another Mixtape. On the heels of its similarly uneven 2015 companion, Sorry 4 the Wait 2, this more promising and (comparatively) fired-up Tidal exclusive still dwindles into a tepid zone and potentially puts to death the myth of Mixtape Weezy.

The 15-track collection begins brightly and on-point: Opener “Glory,” and its melodramatic follow-up, “He’s Dead,” set a resolute tone as they detail Lil Wayne’s newfound freedom. “Rest in peace to the Cash Money Weezy / Gone but not forgotten,” he Auto-Croons on the latter track, teasing that he’s about to launch into a creative rebirth.

What ensues instead is an uneven grab bag that quickly goes awry and fails to cohere. The perky “I Feel Good” samples the James Brown song of the same name and suggests a celebration, but is followed incongruently by the introspective “My Heart Races On,” which finds Wayne touching on police brutality (“They already killed enough of us”). The unsatisfying sequencing and an abundance of sappy hooks (bye, Jake Troth) plagues FWA throughout, like when the relationship rap of “Psycho” segues uneasily into the eerie, Junior Reid-aided “Murda.” Listening to FWA start-to-finish is a bemusing experience as the mood shifts erratically, casting it as a badly formatted playlist.

Maybe that’s the point, though. Officially, FWA has been released through the Tidal streaming music service, of which Weezy is now a co-owner. In this light, its lasting impression is less as a cogent full-length than as a marketing device — or something to tweet about. It’s not a fully formed album, but neither does it resurrect the fabled Best Rapper Alive who lit up the mid-2000s DatPiff market with his Drought and Dedication serials. That incarnation of Wayne seems long gone. To its credit, FWA is slicker than most mixtapes — and on tracks like the opener, his flow remains a spectacle — but there’s also the pervading sense here that he’s playing it safe. With its unfortunate link to a much-talked-about business venture, FWA, like his coworker’s Magna Carta…Holy Grail, is as much advertisement as art, and at worst it suggests there’s a valid creative reason why Tha Carter V has been kept in the vault.