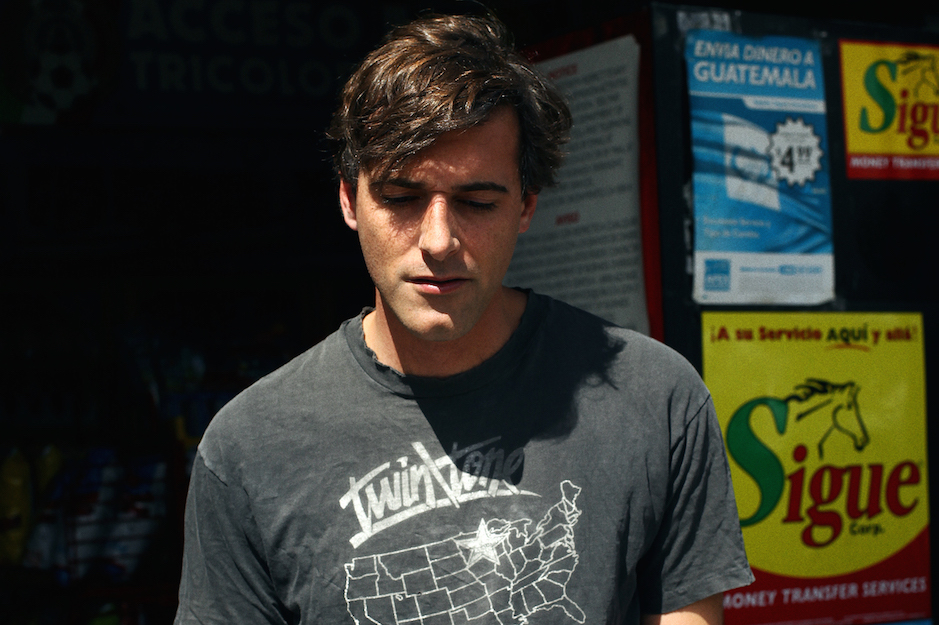 “Head banging in the mirror / Wish I could see so much clearer,” Matt Mondanile sings over crisply mechanized percussion and sun-warmed six-strings on “Headbanging,” the first single off of his fifth Ducktails album, St. Catherine. These lines are kind of a self-fulfilling prophecy for the Real Estate guitarist — he’s been refining 2009’s lo-fi raga and deeply psychedelic rock into solo material that more closely resembles the jangly, loose-limbed pop of his other outfit’s 2011 LP, Days. On his latest work, rather than deep-diving his musical influences’ (Television, Ariel Pink) techniques, Mondanile turns inward to write his most revealing lyrics to date: On “Medieval,” he pines, “My calls and texts don’t get to you / I just wish to hear from you soon.” St. Catherine lacks the homespun production that made Ducktails’ earlier recordings so charming, but it’s still some of the most lovely indie rock music that exists today.

Vocally, Mondanile has drifted far down the river over the last few years, with 2011’s endearingly scuffed-around-the-edges III: Arcade Dynamics. Both lo-fi and fully developed in structure, the album’s songs served as a path to the present from Landscapes and his self-titled LP, both from 2009; that is, until III’s bonus track “Killin’ the Vibe” with Panda Bear, a charming sway-along of a song nonetheless somewhat lay the groundwork for 2013’s The Flower Lane. Indebted to the glinting chord changes, shimmering synths, and even “dad sax” of the ’80s, Ducktails’ fourth album sounded as if the new Los Angeles resident was one step behind chillwave poster child Toro Y Moi (who by that point was already onto more dance-focused fare on the same year’s Anything in Return). St. Catherine peels back that production value by just a hair — and with it, many distractions from the sublime melodies that are his greatest strength.

Instrumental album opener “The Disney Afternoon,” for example, revives the heat-warped VHS vibes of his earlier work. “[I] thought that the ‘Disney Afternoon’ was a really weird name out of context for a song, and just for a cartooning programming block,” Mondanile told SPIN recently. “I like the idea of… the themes of the afternoon. I just wanted that to be a reference to people to look up, and find why it goes with that song.” Though his whole oeuvre is arguably “themes of the afternoon” (one woozy, synth-pad saturated St. Catherine cut, “Krumme Lanke,” is named after a bucolic lake near Berlin, where he used to live and frequently “would take a trip to a rural party of the country and rent a bicycle and ride around seeing the trees”) this one in particular couches jazzy snares and pianos in guitar chords bent into nostalgic shapes, like vague memories of trying to eke one last play from a cassette left too long in a car parked in the sun.

St. Catherine aims for, and usually hits, the sweet spot between Mondanile’s easy-breezy tones and lyrics that toe the cold, rough surf of self-awareness. Sometimes the lightness is a little more obvious, as in the hilariously soft-lit video for “Surreal Exposure,” featuring friend and partner in comedy crime Mac DeMarco. In an outtake from a shower scene,the Salad Days singer says, “Get in with your shirt on,” and Mondanile agrees, “It’ll be funnier.” Set on a sunny day in the Far Rockaways, the clip looks like everything it’s easy to imagine while listening to Ducktails’ weightless, limber melodies: driving down the highway towards the beach, hand out the window surfing the wind. Then again, maybe it’s a little too easy, Mondanile seems to think. “The only annoying thing is when people say, ‘Oh, it reminds me of the beach or the West Coast’ or something,” he told SPIN shortly after Real Estate’s Atlas came out last year. Don’t go killin’ the vibe, indeed.

Perhaps that’s why he wrote “Into the Sky,” a chilly song-length soliloquy about the winter and December that swirls like a mid-February gust around hearty choral twangs. But Ducktails’ songs sat a little easier, and longer, when they didn’t exactly have a point — when the whole thing was just about a boy and his guitar. Opening for Panda Bear at the Roxy Theatre in Los Angeles in the spring, Mondanile filled the space with just a drum machine and his Fender Jazzmaster, eyes wide and smiling, as if stoked at the layers of lush melodies pouring out of his equipment. St. Catherine is just as pleasant than its predecessors, but, ironically, its dusted-off, straightened-out recording and more substantial lyrics point out the music as, well, a little less so. But it’s summer time, so who needs any of that? Let’s just call out from work, bring a boombox, and bike around beneath the trees.