Just a man, a Rolls, a ball, and his swag 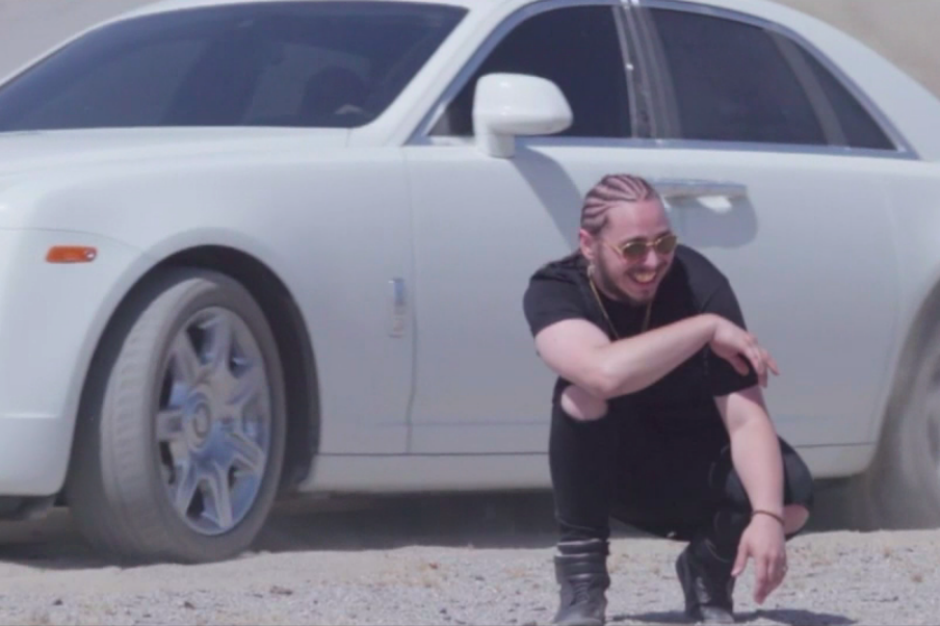 Internet sensation Post Malone — the man with the rarefied distinction of being one of only two people Jaden Smith follows on Twitter — has finally released the video for his viral smash “White Iverson,” courtesy of MTV. In the clip, Malone spends most of his time in the desert, with a Rolls Royce and a basketball hoop, juxtaposed with indoor scenes of him wearing an Allen Iverson throwback jersey. Towards the end of the clip, the rapper hoists a no-look, over-the-head, walk-off shot — swish, natch. Watch the video here.