She had to jump onstage with the night's closer, David Guetta, to make up for "traffic delays" 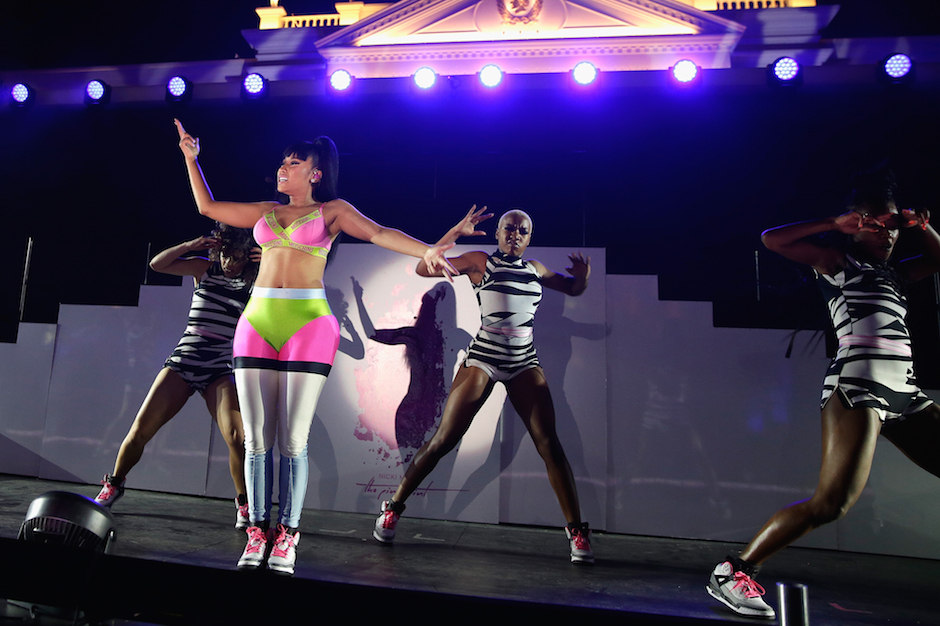 Tonight saw the close of London’s Wireless Festival, which would’ve gone out without a hitch had it not been for the no-show of the weekend’s most eagerly anticipated headliner, Nicki Minaj. Per the event’s Twitter account:

Nicki Minaj has had last minute travel issues so is delayed. We’ll update as soon as we have more info #Wireless

We’re assured Nicki Minaj is still on her way and will perform with David Guetta. He’s on at 8.30 and she’ll join him soon after #Wireless — New Look Wireless (@WirelessFest) July 5, 2015

Minaj was set to have begun her solo performance at 7:30 p.m. GMT —instead, the Pinkprint rapper took the stage two hours later for what seems to have now become a collaborative appearance with superstar DJ David Guetta. Thousands of angry fans have already stormed Twitter to demand refunds and express their dissatisfaction.

@NICKIMINAJ getting seriously booed at #Wireless for being late. — Mark Hatt (@MarkWHatt) July 5, 2015

Anyone know where Nicki Minaj is at this very moment? If so, feel free to send her up to #Wireless. I’m bored. pic.twitter.com/N0Bpo6rlT0