Why Did MTV Nominate a Two-Year-Old Arctic Monkeys Video for a 2015 VMA? 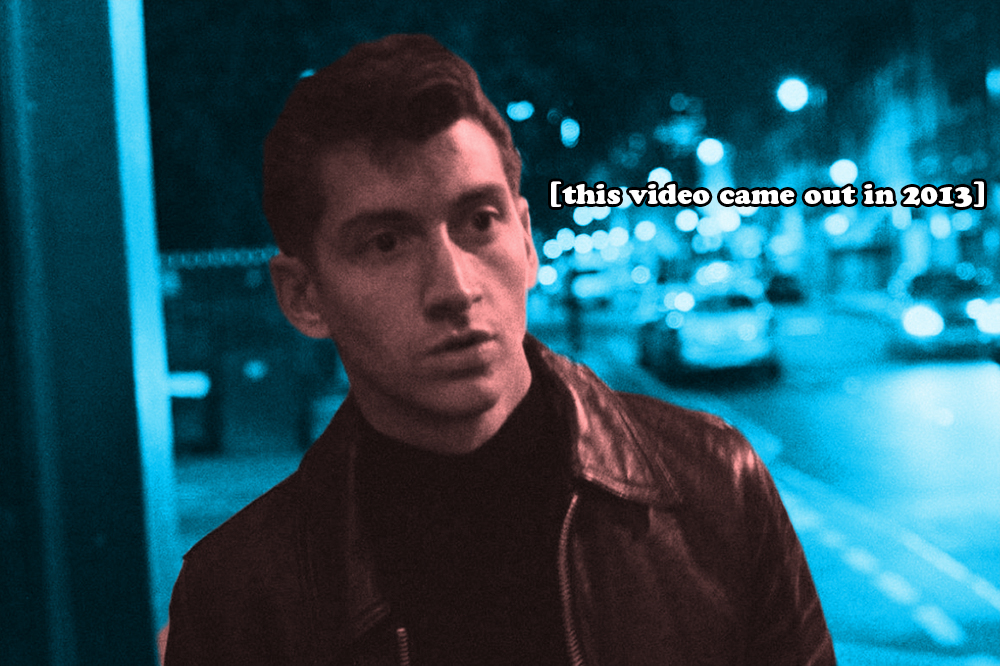 Update: Vance Joy’s “Riptide” video, which earned him an “Artist to Watch” VMA nomination, is also two years old. Actually, it’s more than two years old, being that the video officially came out in April 2013. (Thanks to @_davidsikorski for the tip.)

The more spiritual among us say time is a flat circle. MTV, however — being part of a multi-billion dollar corporate enterprise that operates according to the four-quarter calendar year (Viacom) — probably doesn’t consider itself religious.

So when the TV network nominated the Arctic Monkeys’ “Why’d You Only Call Me When You’re High” visual for a Best Rock Video Music Award on Beats 1 this morning, something seemed off: That video officially came out in August 2013. SPIN’s background check on the matter wasn’t very labor-intensive, since… we posted about it.

So, OK, now that we’ve established that August 2013 was almost exactly two years ago — math! — why’d MTV nominate it for a VMA in 2015? If we were feeling cynical (and we usually are) we could argue that MTV, a formerly all-video channel that literally took the “music television” out of their name in 2010, doesn’t promote much of what they think of as “rock,” period. (Artists that should have been nominated typically get relegated to one-off lyric quizzes and ten-second show placements.) Clearly, options are limited.

Also, it’s a long-running fact that today’s VMA ceremony is essentially a televised offshoot of whatever’s spinning on Top 40 commercial radio. And what does Top 40 radio perceive to be “rock music” today? Walk the Moon; Fall Out Boy; Maroon 5. You get the picture: MTV killed the video star.