Morrissey on Sam Smith and Ed Sheeran: ‘Things Can’t Possibly Get Any Worse’ 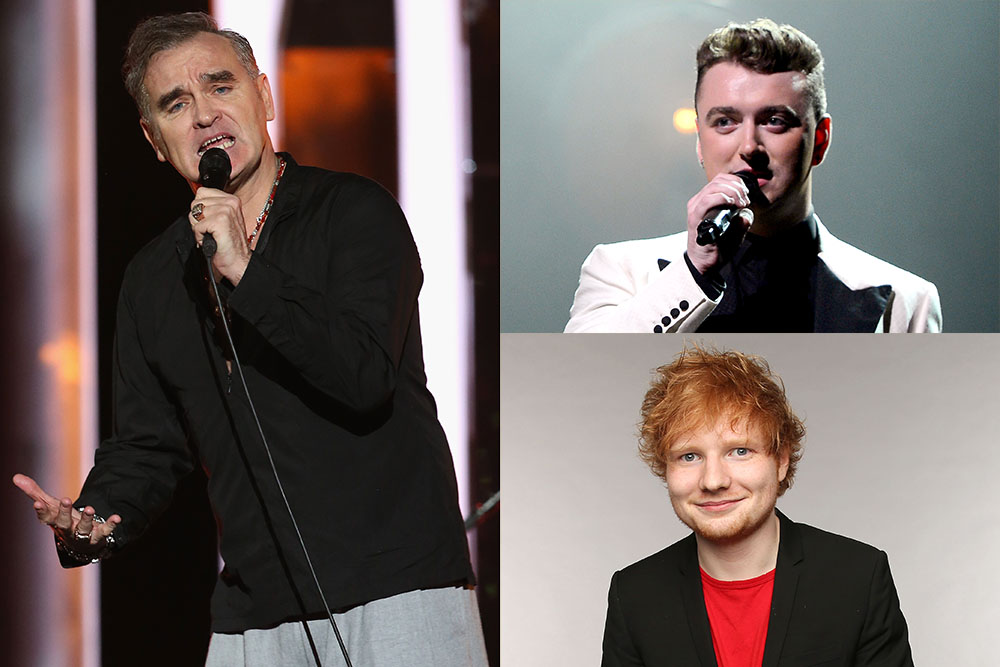 Perpetual ray of sunshine Morrissey had some harsh words for two of the brightest lights in the pop world today. In an interview with Boulder Weekly, Moz revealed that we can all add Sam Smith and Ed Sheeran to the long list of things he does not like. (For reference, other things on that list include eating meat, Madonna, Al Gore, bullfighting, hecklers, signing autographs, Fox News, the annual presidential turkey pardon, foie gras, Margret Tatcher, AOL, Duck Dynasty, and crowdfunding, just to name a few.)

Anyways, with this most recent declaration of disdain, Morrissey lamented the dearth of spontaneous, uncontrolled musicians, citing Smith and Sheeran as the chief offenders.

There are no bands or singers who become successful without overwhelming marketing. There are no surprise success stories. Everything is stringently controlled, obvious and predictable and has exactly the same content. So, we are now in the era of marketed pop stars, which means that the labels fully control the charts, and consequently the public has lost interest. It’s very rare that a record label does something for the good of music. Thus we are force-fed such as Ed Sheeran and Sam Smith, which at least means that things can’t possibly get any worse. It is sad, though. There’s no spontaneity now, and it all seems to be unsalvageable.