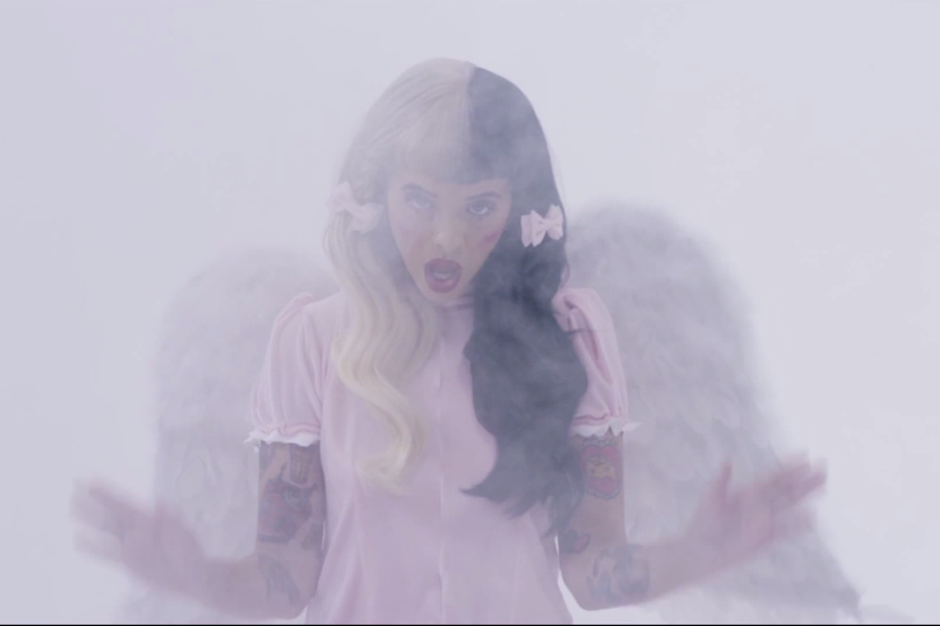 Melanie Martinez is one of those artists whose songs you’ll always remember for the exact moment you heard them for the first time. A former Voice contestant who’s parlayed that time to her advantage, the 20-year-old possesses an arrestingly innocent voice that just barely hides its true power — the bend-over-backwards ability to go for the jugular.

In the self-directed video for her new track, “Sippy Cup,” Martinez shifts her attention to the screen, playing a young woman who slowly sees her world crumble around her. What’s totally unique about her narrative though is that she’s always in the know; there’s no waif-like, eye-batting naiveté. Martinez might not like what she sees, but she’s always in the driver’s seat.

“‘Sippy Cup’ is the second part to ‘Dollhouse,'” Martinez tells SPIN. “The song is basically the bridge between the Dollhouse EP and the Cry Baby album. This song is about what actually “goes down in the kitchen,” a deeper look into Crybaby’s family life. This is my favorite video I’ve done so far. Directing this music video made me very excited to direct videos for every single song on the album. I can’t wait to continue telling the story of the album in every way possible.”

Pick up Cry Baby on August 14.

Melanie Martinez Denies Rape Allegations: “She Never Said No to What We Chose to Do Together”

Melanie Martinez Throws Her Own ‘Pity Party’ on ‘Kimmel’