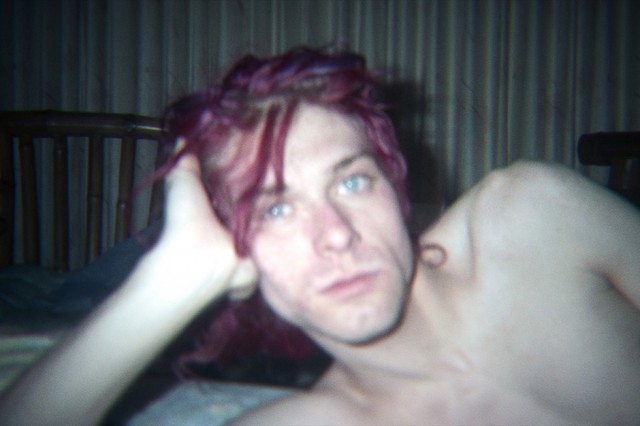 In a new Billboard interview with recently Emmy-nominated Montage of Heck director Brett Morgen, the filmmaker says that he’s included a new, untitled, never-before-heard Kurt Cobain song in the upcoming theatrical rerelease of the documentary, one that features the Nirvana frontman singing in falsetto. Per Billboard:

Morgen says he inserted the new song without altering the cut of the movie that played on HBO, which has since been nominated for seven Emmys. He declines to divulge where the track appears “because I don’t want to get people out there bootlegging it on their cell phones.” The track does not have a title — in fact, none of the songs pulled from the audiotapes do because, Morgen explains, the cassettes were unmarked — but the filmmaker says there’s some evidence that Cobain recorded it in 1991 because it appears on a tape “on which he was also working on ‘Old Age,'” which was written during the Nevermind sessions and later rewritten and recorded by Courtney Love and her band Hole.

Lyrics from the song reportedly include Cobain singing “Wonder how I breathe” and “I’m a bad man.” Montage comes back to theaters in select markets on August 7.