All Eyes On, Features

Jidenna: The Classic Man With a (Semi-Secret) Plan

Home » New Music » All Eyes On » Jidenna: The Classic Man With a (Semi-Secret) Plan

For his senior project at Massachusetts’ prestigious Milton Academy, where kids would write the N-word on bathroom stalls and security guards threw black students off campus because they didn’t recognize them, Jidenna Theodore Mobisson said he wanted to be a rapper. For this particular assignment, one student was building a boat with his father and another was constructing a robot, so “they wouldn’t accept it at first,” he recalls. “I told them, ‘I’m going to write an essay about the academic side of hip-hop, do a documentary, and make a 20-track album that I’ll produce myself with a group of students. Oh, and I’ll do a concert with a local rap group.'”

Undaunted, Jidenna — the son of hardworking, demanding Nigerian immigrants who, when they lived in Africa, shut him in his room until he finished his homework by candlelight — set up a vocal booth in his mother’s closet with a Radio Shack microphone tucked into basketball sneakers he hung from the door, and produced the whole thing on his computer with FruityLoops. “That was the beginning of my career,” he tells SPIN. “If one door is closed, break a window anyway.”

These days, Jidenna presents himself not like someone who smashes and grabs; rather, he can be found carefully lasering the window, removing panes of glass one by one to reveal the artist only when he is ready. “I like quality over quantity,” he explains. “We want to tell the story the way we want to tell it.”

The Wisconsin-born, Nigeria-raised, Masshole-schooled rapper presents himself immaculately in thrifted and then tailored three-piece suits, a gold-topped cane he readily admits is filled with brandy, and a forceful, articulate manifesto: “The Classic Man is a distinguished gentleman,” he writes on his official website. His output has been similarly curated. Besides a two-year-old Soundcloud Eurotrance rap “A Taste of Free Candy,”  there are only two tracks to his name. Last year’s low-slung “Classic Man” has actually been reflecting the momentum of the man behind it, climbing the Billboard charts in the past few months, especially thanks to a remix by Kendrick Lamar. (The news was revealed after SPIN‘s interview, and Jidenna couldn’t comment on the collaboration because he was too busy filming a video with the To Pimp a Butterfly mastermind.) His only other song, this year’s “Yoga,” is also a standout: a bump-and-grind with the equally enigmatic yet approachable singer Janelle Monaé, who has signed him to her Wondaland Records label. 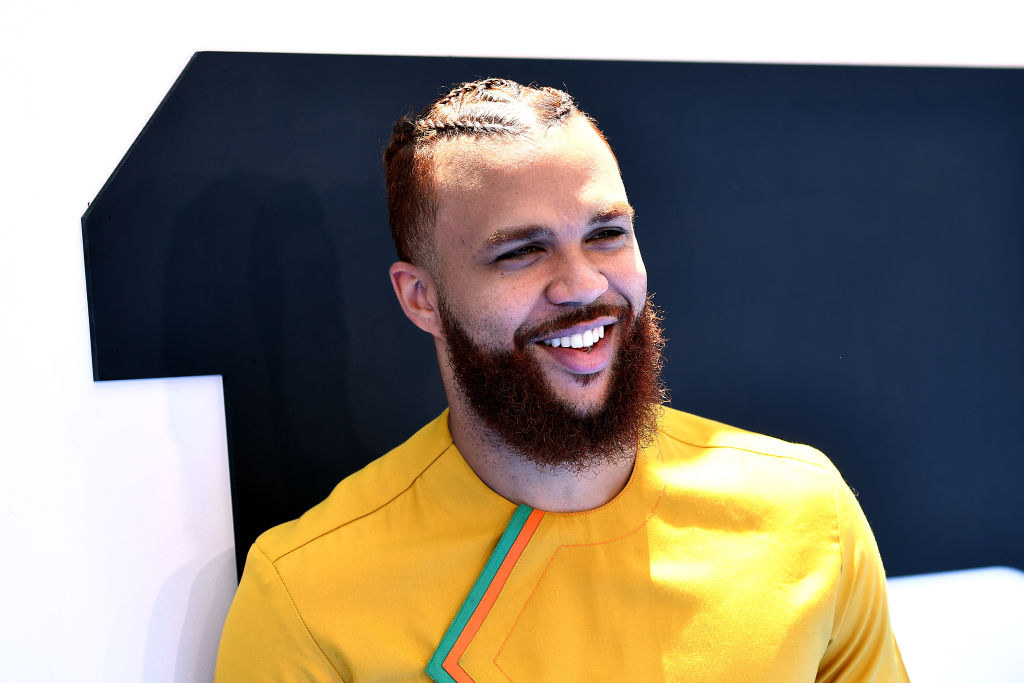 Though the Roaring Twenties-indebted video for “Classic Man” suggests The Great Gatsby‘s opulent settings and characters dressed to the nines inspired Jidenna aesthetically, he cites another formative fictional character. “In Brooklyn all the kids call me the ‘Willy Wonka of the Hood,'” he says. This multifaceted comparison extends to the “Classic Man” clip, in which Jidenna intercedes when a couple of sweatshirt- and baseball cap-clad kids are detained by police officers, bringing them to a classroom and inculcating them with the values enumerated on his site. And that scenario is not fictional. While studying to be a sound engineer at Stanford University (eventually switching to a “ritualistic arts” major), Jidenna lived in East Palo Alto, where he used to see “the worst of the worst” hanging around his block. Eventually, he decided to do something about it.

“I’d be like, ‘What you doing?'” he says. “They’d be like, ‘Smoking a blunt,’ and I’d say, ‘Cool, bring that inside and let’s talk about this autobiography of Malcolm X.’ That scene that you saw in the video with the kids, that’s real. My roommates at the time, they were biologists and chemists; I love the balance of science and arts. That is what we had in the house and that is what we brought to that town.”

Around 2007, Jidenna brought Janelle Monaé to that town with Fear and Fancy, “a group of activists, artists, engineers, scientists that all wanted to have a huge cultural impact” that he and his friends founded. F&F threw parties, painted murals, and generally made that part of the world a better place to live. “Then we built a masquerade ball that eventually attracted Wondaland, and we flew Janelle for her first show outside of Georgia,” he says, debunking the commonly misstated idea that he’s her protegé. Really, the two are close to equal- and like-minded collaborators and mutual muses. “She was who she was, and I was who I was, and we both had our crews,” Jidenna says. “If anything, I think our crews found each other.”

In fact, Jidenna’s output makes up half of Wondaland Presents The Eephus EP, due out later this year as a primer on Monaé’s eclectic label roster, which includes baby-faced “Classic Man” guest Roman GianArthur, whose smooth jazz lounge tune “I-69” highlights Wondaland’s diversity. “I’m cool like Nat King Cole,” Jidenna spits at one point in his breakthrough song; indeed, his trapped-out sing-song sleeper hit navigates the vibrant intersection between the ’40s and ’50s, Nigerian “highlife” musicians like Sir Victor Uwaifo or Oliver de Coque, Féla Kuti, and Michael Jackson — all of whom he grew up listening to. As to whether his ostensibly forthcoming debut will reflect that, Jidenna remains mum. “I can’t reveal everything to you,” he says. “That wouldn’t be fun.”