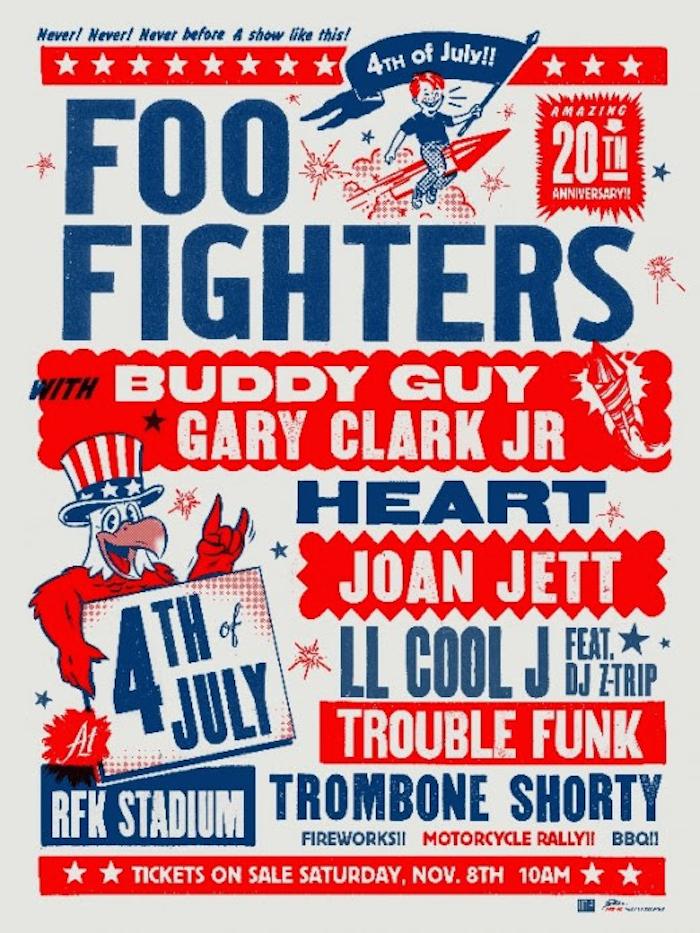 On Saturday night, the Foo Fighters are set to return to the stage for an Independence Day blowout show in Washington D.C. with Buddy Guy, Gary Clark Jr., Heart, Joan Jett, LL Cool J, and more, following Dave Grohl’s sidelining leg injury. One D.C. newspaper, however, will not be photographing the band as planned, claiming in a new blog post that the contract that the band’s management asked their photo team to sign is “exploitation… pure and simple.”

You can check out the entire proposed contract at the Washington City Paper’s website, but it includes stipulations such as:

the band approving the photos which run in the City Paper; only running the photos once and with only one article; and all copyrights would transfer to the band. Then, here’s the fun part, the band would have “the right to exploit all or a part of the Photos in any and all media, now known or hereafter devised, throughout the universe, in perpetuity, in all configurations” without any approval or payment or consideration for the photographer.

The City Paper points out that discussions with the Foo’s management yielded rhetoric claiming these types of contracts are standard to “protect the band,” something Taylor Swift’s team also claimed after a photographer recently leaked one of the 1989 singer’s photo contracts.

It’s highly possible that the Foo Fighters themselves have no idea that such a contract exists — and that the document’s been in effect for a while — but come Saturday, the City Paper plans to pay those in the crowd shooting the show from their smartphones for their images rather than signing the papers. “If you take a great photo of the show, send it to us at [email protected] or tweet it @WCP,” they close their post. “If we run it in next week’s print edition, we’ll pay you for it. And we won’t ask you to sign over the copyright or your first born, either.”