The other-minded group from L.A. prepares for their debut LP ‘Zirconium Meconium’ 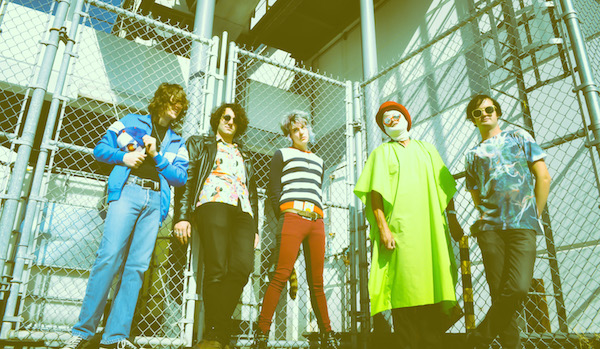 Fever the Ghost – a band that has won the admiration of Wayne Coyne and toured with acts like The Flaming Lips, Temples, Sean Lennon and Morgan Delt – don’t want to be put in a box. They’re not quite art-pop. They’re not quite alt-rock. Fortunately, their Facebook page offers a shorthand descriptor, setting the L.A. based group at the intersection of three genres: “Mecha/Fantasy/Girl Glitch.”

These descriptors may be esoteric, but they’re also spot-on. “Peace Crimes,” the latest single off of the band’s debut LP Zirconium Meconium, is airy and, uh, ghostly, peppered with dreamy licks from Flaming Lips guitarist Steven Drozd. It’s an upbeat and melodic track, but its layered vocals and looped drum pattern possess a spectral quality reminiscent of late-period Radiohead. It’s still unclear exactly what “Girl Glitch” is supposed to sound like, but this track probably isn’t too far off.

Listen to “Peace Crimes” here, and look for Zirconium Meconium when it drops on September 25th on Complicated Game in the U.S and  Heavenly Recordings in the U.K.