Dogs on Acid Malign ‘The Prick’ on Agitated Single

From their self-titled debut, due August 28 on Jade Tree 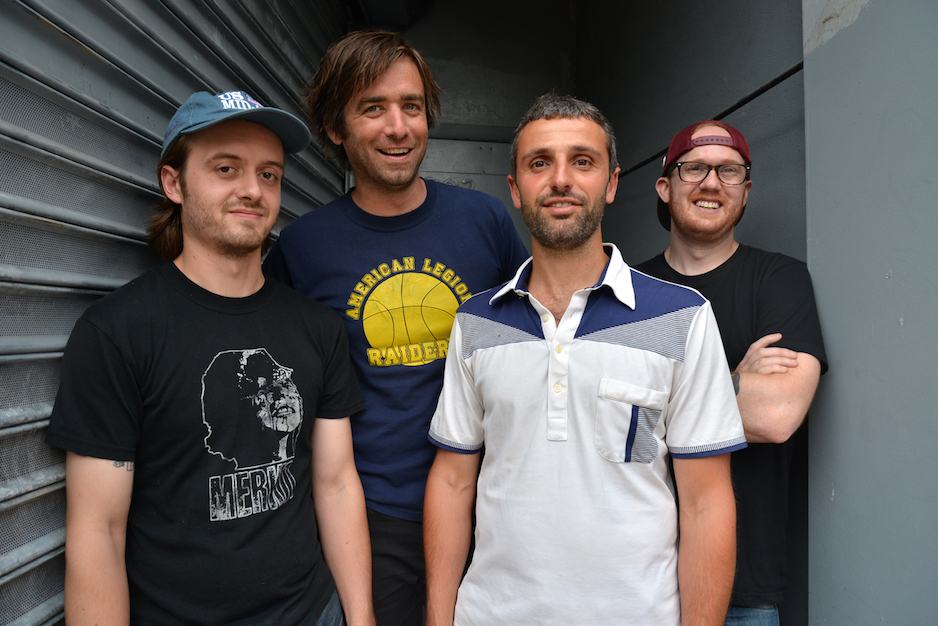 Now-defunct Philadelphia bands Algernon Cadwallader and Snowing had a hand in codifying the shimmering guitar work and squelched vocals that ruled a generation of kiddos inspired by basement-dwelling DIY punk aesthetics — otherwise known as the so-called “emo revival.” Though both bands dissolved before they could ride the wave of “Emo’s Back!” thinkpieces to wider critical acclaim, now they’re making music again as Dogs on Acid (and while signed to genre institution Jade Tree).

But don’t call ‘em a supergroup. As the first single from their self-titled debut handily demonstrates, the Dogs aren’t doing much that directly resembles what Peter Helmis, Nick Tazza, and Joe Reinhart did with Algernon, or what Nate Dionne did with Snowing. Helmis’ adenoidal angst (this time directed at “The Prick” of the song’s title) remains, but otherwise they’re far more economical — maybe even more impactful — than any of their previous work. Without the frills, they’re free to make meat-and-potatoes indie rock built around riffs both super chunky and Superchunk-y, a combo that more than merits your rapt attention.

Listen to that here as you wait for Dogs on Acid on August 28, and in the meantime, check their tour dates with fellow Pennsylvania punks Spraynard.