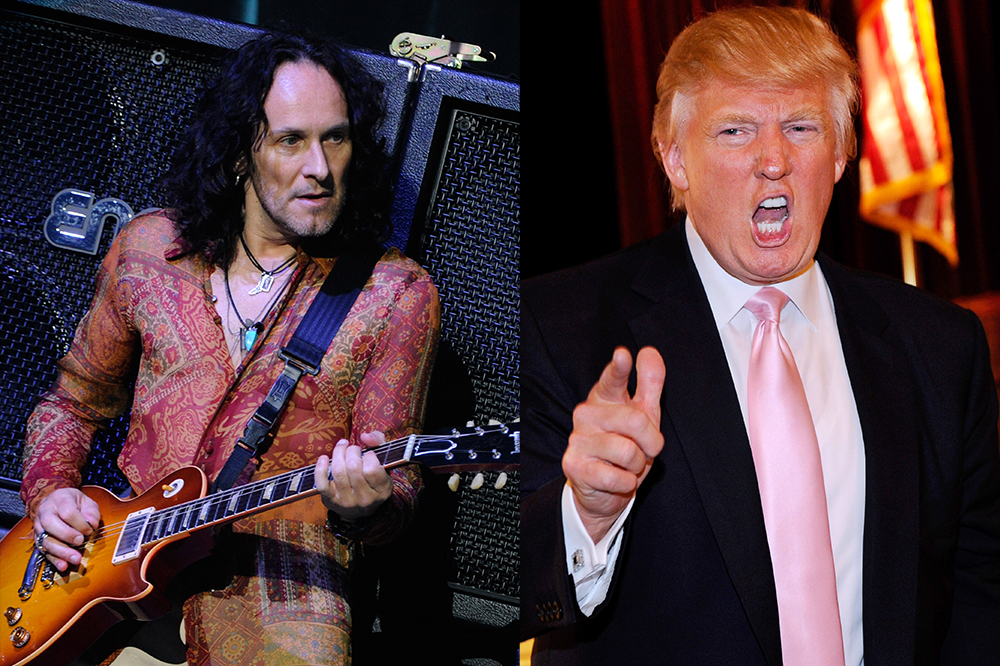 “Serious” Republican presidential candidate Donald Trump, known for his head of hair that defies the laws of God and Man, told CNN that he would be introducing another group known for their manes — ’80s hair metal icons Def Leppard. The former host of The Celebrity Apprentice had planned to introduce the group before they took the stage at the 2015 Iowa State Fair on August 15. Apparently, this is news to at least one member of Def Leppard, and he’s not thrilled.

In a post on Facebook, guitarist Vivian Campbell wrote that he “really, really, really [hopes] that there’s no truth to this rumour.”

“Def Leppard have never been a political band, and if we were,” he continued, “I for one wouldn’t be associating my name with this clown.”

It’s not the first time the Donald has gotten flak from musicians. Neil Young, a Canadian citizen and self-proclaimed “supporter of Bernie Sanders for President of the United States of America,” was peeved that Trump played “Rockin’ In the Free World” at his campaign announcement.