Ben Gibbard and Co. offer a, um, driving performance of the 'Kintsugi' cut 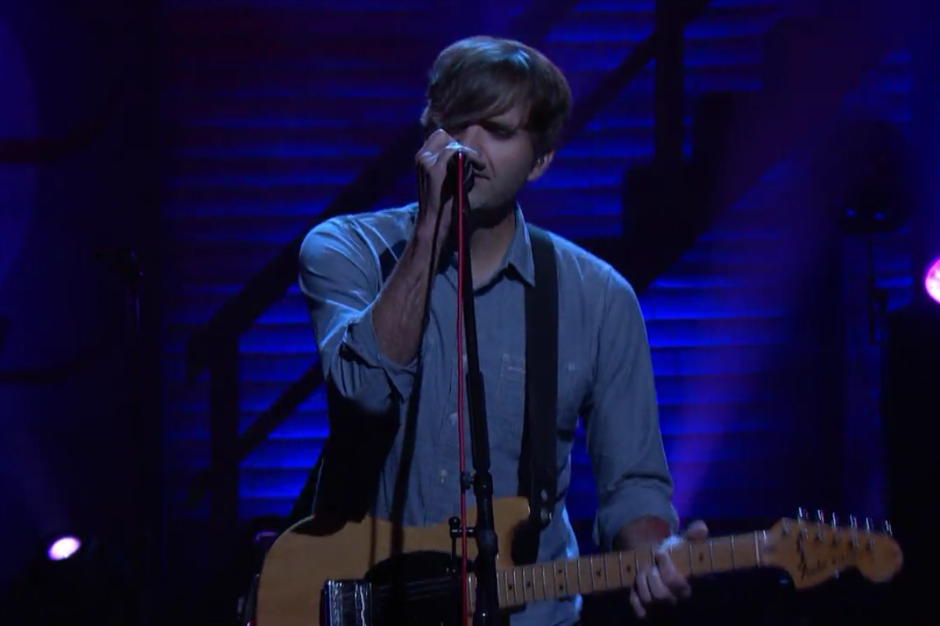 Update: Boy George and Jack Black were also on Conan talking about their Doors fandom, and were hooked up through the host with Doors guitarist Robby Krieger for a run through the band’s 1968 classic “Hello, I Love You.” Watch that video below as well. (h/t Stereogum)

While swinging through the West Coast on tour to support their new album Kintsugi, Death Cab for Cutie swung by the Conan studios for a late-night appearance. They played one of the LP’s highlights, the new wave-influenced “The Ghosts of Beverly Drive,” in an appropriately revved-up performance that included frontman Ben Gibbard — in old-school, hair-covering-my-teary-eyes mode — doing some nice foot-swiveling at the mic. Watch the performance here.