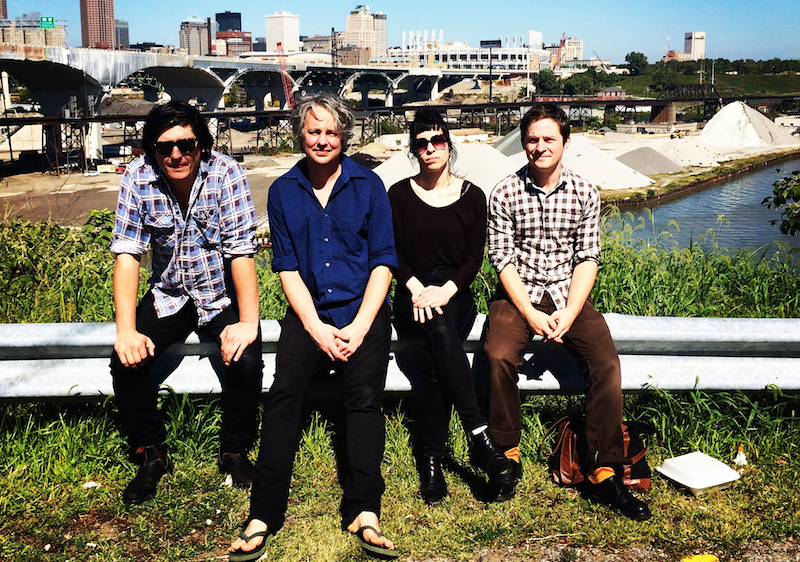 When Deaf Wish first joined forces it was a reluctant communion. The quartet had no expectations of turning the band into a long-term commitment: “let’s not make anything that’s going to last,” they agreed, according to a press release. The group debuted on Sub Pop last October with their four-track EP St. Vincent, a short, dissonant introduction to the band for the wider public. With the release of their first LP for the label, Pain, it’s safe to say that the Australian foursome has since abandoned that initial mission, proving through nauseous instrumentation and chiming vocals that they have something worth sticking around for.

Songs off Pain play with the whole spectrum of anxious indie rock. Some are small ruptures of electrified rage (“Newness Again,” “Eyes Closed”) while others are more mellow and melodic (“Sunset’s Fool,” “On”). All four members take turns on vocals, and each offers a hypnotically haunting aura no matter if they’re screaming or taking it easier on their vocal cords.

“It’s a simple thing,” Tjhung explains in a statement about Deaf Wish’s chemistry. “Simple takes the worry out of it. If we try to step it up and go sideways, it just doesn’t seem to work. But we’ve grown up and been through some shit.”

Pain comes out officially August 7, listen to the stream here.