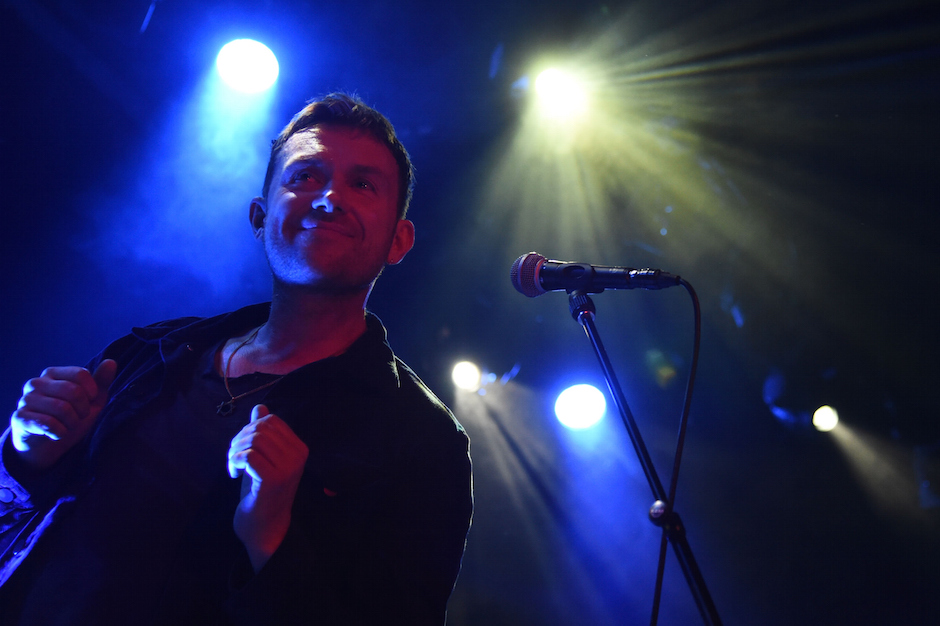 Damon Albarn may be the midst of a Blur reunion and the opening of a musical, but the man just doesn’t stop. He proved that to literally this weekend when performing with one of his many ongoing concerns at Denmark’s Roskilde Festival. Albarn’s intercontinental pop collective Africa Express took the stage for what the festival website promised would be an “epic” performance at their slated start time of 11 p.m.

They didn’t stop until more than five hours later. After appearances from the Yeah Yeah Yeahs’ Nick Zinner, Blur’s Graham Coxon and covers of songs by Randy Newman and the Clash, Albarn was carried off the stage by Africa Express stage manager David “Big Dave” Prentice, according to reports from The Guardian. Watch fan-shot video of that moment, and a poetic cover of the Clash’s “Should I Stay or Should I Go” here.