"We got advice that there were some concerns about the trademark" 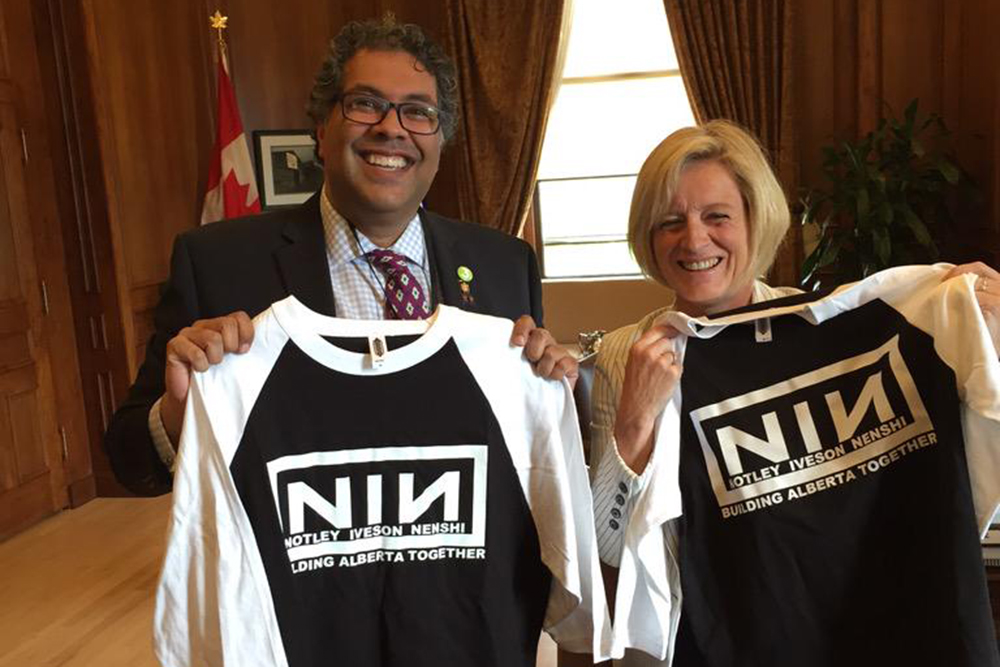 It turns out that even politicians can make mistakes. Remember those Canadian civil servants who decided to borrow the Nine Inch Nails logo for some goofy t-shirts? Well, it seems that their better judgments prevailed and the trio of Alberta Premier Rachel Notley, Edmonton Mayor Don Iveson, and Calgary Mayor Naheed Nenshi (NIN, get it?) have decided to discontinue the garments. Some concerns apparently arose about “infringement.”

In an interview with the CBC, Iveson said that they “got advice that there were some concerns about the trademark and essentially to cease and desist.” He didn’t say that Trent Reznor or anyone involved with the band had issued the order, but one could imagine they were none too happy if they caught wind. The Calgary mayor’s office says they don’t expect any long term legal ramifications because they only made three of the shirts anyway. Besides, Canadian mayors have survived worse scandals.