What a way to prepare for the Fourth of July Weekend 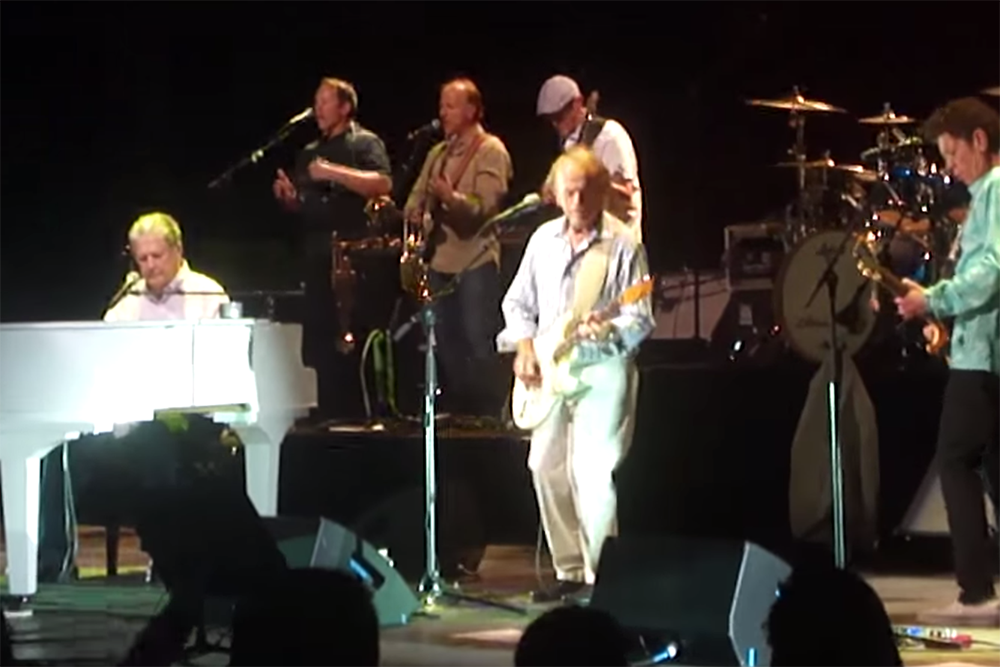 Brian Wilson trod on Bruce Springsteen’s turf last night when the Beach Boys luminary came to New Jersey to play a concert. Luckily, the Boss was happy to have him, as Springsteen crashed the show’s encore, joining Wilson and bandmates Al Jardine and Blondie Chaplin for a joyful, American-as-hell couple of songs. Stage hands at Homdel’s PNC Bank Arts Center had to scramble to get a guitar for Springsteen, suggesting that his appearance was a total surprise. Watch a fan-shot video of “Barbara Ann” and “Surfin’ U.S.A.” via YouTube.