When Børns calls SPIN from his California studio, he’s mere days from putting the finishing touches on his upcoming, as-yet-untitled debut album, likely due in October. In January, Taylor Swift Instagrammed a link to his crisp, beachside pop anthem “Electric Love,” calling it an “instant classic,” the kind of cosign you can’t pay for. This spring, the electro-surf youngster opened for the peppy New York trio MisterWives on tour, dropping by South By Southwest for several big shows that boosted his already-growing profile. He’s also several shows deep into an opening slot on Charli XCX and Jack Antonoff’s cross-country summer tour, peppering in festival appearances — he’s due to appear at this weekend’s Lollapalooza — along the way. Needless to say, 2015’s brought unthinkable blessings his way.

Though the LP is still in the works, the 20-year-old singer — born Garrett Borns in Grand Haven, Michigan — plans to play into the swirling mythology that’s been built up around him. Press releases claim that he used to live in a treehouse, which is where — so it’s said — he wrote much of his four-track, psych-pop 2014 EP, Candy. During our call, the musician doubles down on that, promising that his time up among the squirrels inspired his songwriting.

“I was living in this little fantasy home/treehouse hut up in the hills,” he says. “At night, there were these gangs of coyotes that made this crazy, demonic laughter. They’re just hyping each other up. I have this crazy sample that I got on my iPhone of the coyotes going crazy one night, and I put that in the beginning of one of the new songs, alongside this kind of arpeggiated guitar.” 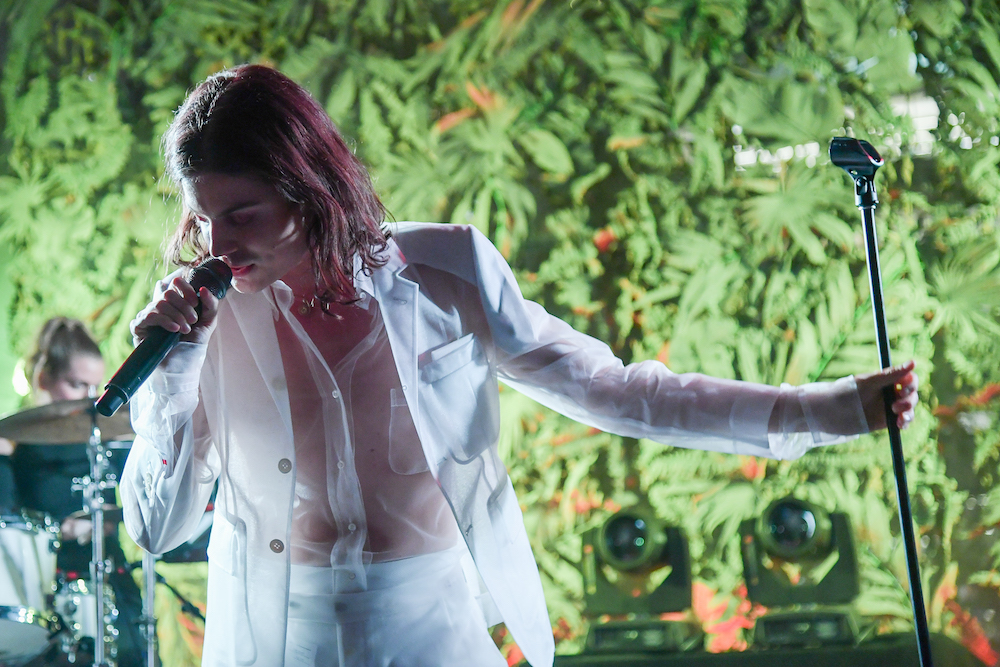 “I’ve been a huge fan of their work for a long time, so it was awesome to get to hang with them, but pretty much all of the record is just Tommy [English, who produced the Candy EP] and I,” he says. “We have this synergy in the studio where we both always throw out ideas and wait for each other to react to them, until one of us really reacts. Then we know it’s good.” Collaborating with English, Børns says, kept him centered as they banged out “a lot of swoopy Beach Boys-esque harmonies,” embodying a retro vibe that’ll carry the album.

His sentences meander dreamily as he cites some of the more bizarre artifacts from which he drew creativity. “Some of the songs were influenced by some old ‘60s and ‘70s Playboys, because those are the best ones in my opinion,” he says with a laugh. “Tommy is also such a beast at chopping up drum samples. We’re really particular about how the drums and bass hit you.”

Thematically, the newcomer says he’s opening up about personal experiences like tour-induced heartbreak, loneliness, and maturation. “It’s hard to fake that,” he says. “When you listen to music, you can tell if it’s a real love song or not. I’m hoping that honesty will translate.”

At this moment in late June, one of the only things Børns has left to do on the album is come up with a title, but it appears that he’s well on his way. “I was talking to my friend Tommy in the studio and I dropped one of my pens under the seat,” he says. “I finally found it, but I also found a crouton. He was like, ‘Oh yeah, it’s a vintage crouton.’ I was like, ‘Dude, that’s what I’m calling my album: Vintage Crouton.’ I was so close to tweeting, ‘Hey everyone, I’m really excited to announce my album’s called Vintage Crouton’… Actually, you know what? I’m gonna do it right after I hang up.”

With his deadline looming, Børns is just trying to stay focused. “It’s time to just rise to the occasion,” he says confidently. “This is the time. I have to keep my momentum going.”