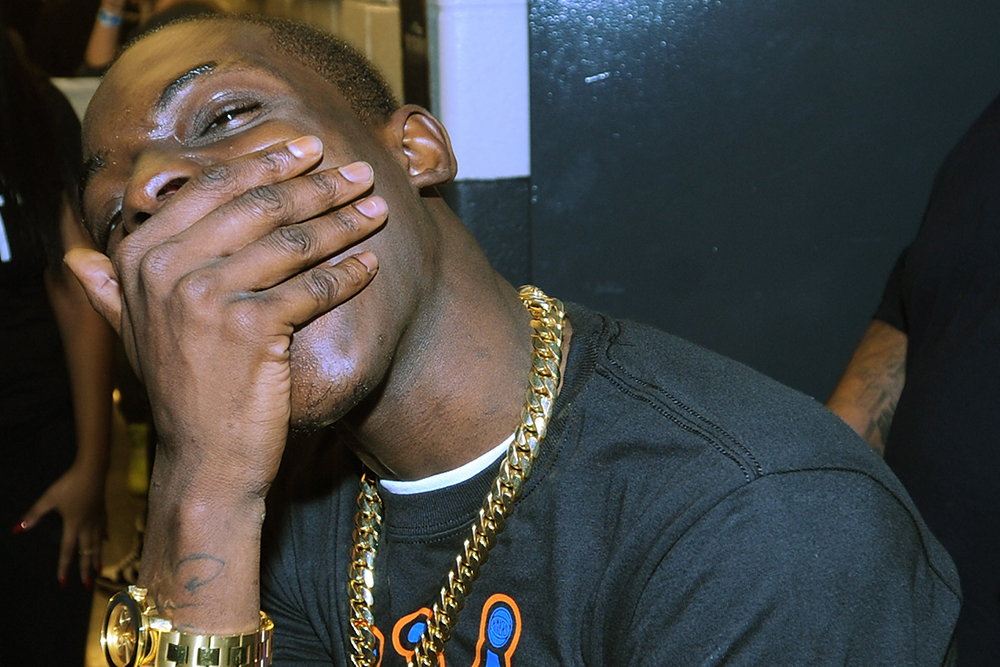 Bobby Shmurda, the 20-year-old rapper and creator of the “Shmoney Dance,” could face an even longer prison sentence following an alleged attempt to smuggle a shank into Rikers Island. Shmurda, whose real name is Ackquille Pollard, was arrested in December on drug, gang, and weapons charges, but was rearrested last month when guards found that he had a “sharpened metal instrument” on him.

According to The New York Times, prosecutors allege that Shmurda’s 18-year-old girlfriend, Kimberly Rousseau, attempted to sneak the knife-like object into prison by hiding it in her bra. Shmurda reportedly went on to lie to a grand jury about the incident, and could face up to seven years in prison if convicted for promoting prison contraband — a Class D felony. He faces up to 25 years in prison for his earlier charges if convicted in a separate trial.

Rosseau has been charged with felony and misdemeanor counts of promoting prison contraband and a misdemeanor count of criminal possession of a weapon, and was released after pleading not guilty. She’ll have to return to court for a hearing in August.