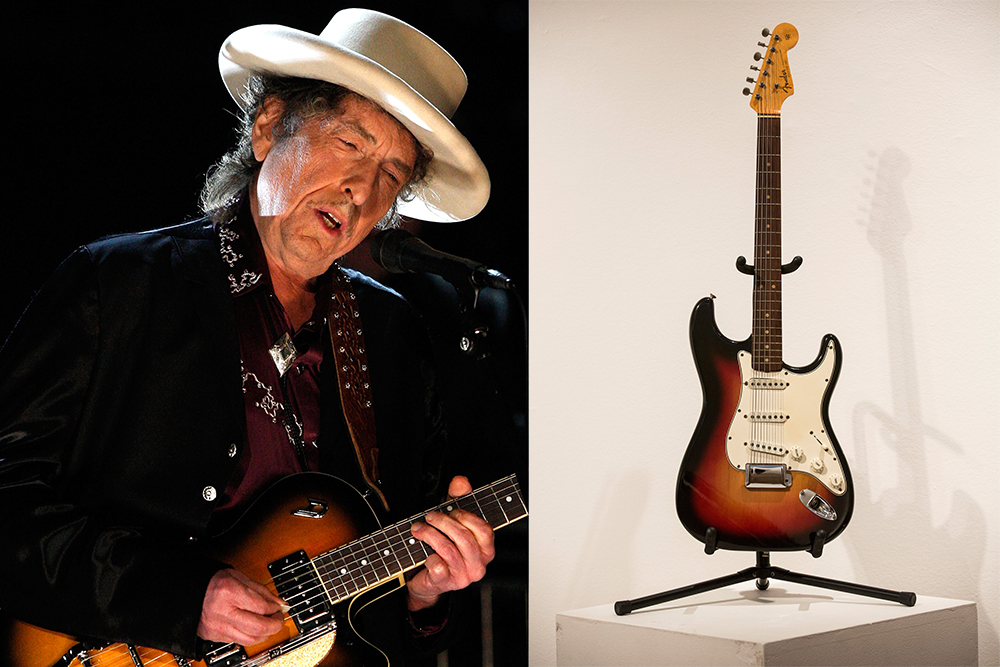 Update: Singer-songwriter Jason Isbell had the honor of playing Bob Dylan’s historic guitar, as revealed in an Instagram. “Nobody had played it since [the 1965 concert], until today,” Isbell wrote. “My entire being went electric.”

This morning the fine people @newportfolkfest handed me the very guitar Dylan used to go electric. Nobody had played it since, until today. My entire being went electric.

Fifty years ago today, Bob Dylan wowed and shocked the music world when he busted out an electric guitar at the 1965 Newport Folk Festival and shredded “Maggie’s Farm.” At the time the plugged-in performance was more than a little controversial and considered in many folk circles an affront to the genre and festival, but it’s since been remembered as a seminal moment in music history. Now, the guitar at the center of everything is back at the festival for the first time in five decades, according to the Associated Press. “Dylan’s guitar is home,” festival producer Jay Sweet said in a statement given to a spokesperson.

The instrument has had quite a roundabout journey since the July 25 set — a pilot who flew Dylan away from the concert first found the guitar on his plane and unsuccessfully tried to return it before giving it to his daughter, who auctioned it off. Its current owner — Jim Irsay, owner of the NFL’s Indianapolis Colts — bought the instrument for almost a million dollars (at the time the most expensive guitar ever sold at auction) in 2013.

The curator of Irsay’s rare guitar collection, Chris McKinney, brought it to the Newport Folk Festival on Friday, where an as-yet unnamed artist is set to play it. (Dylan is not attending this year’s festival, having last gone in 2002.)

“It’s actually a good playing guitar,” McKinney told the AP. “It is such an important part of musical history, and Dylan was our generation’s Shakespeare, so it’s our way to give back and share.”

Jason Isbell Slams Anti-Vaxxers: ‘If You’re Dead, You Don’t Have Any Freedoms’