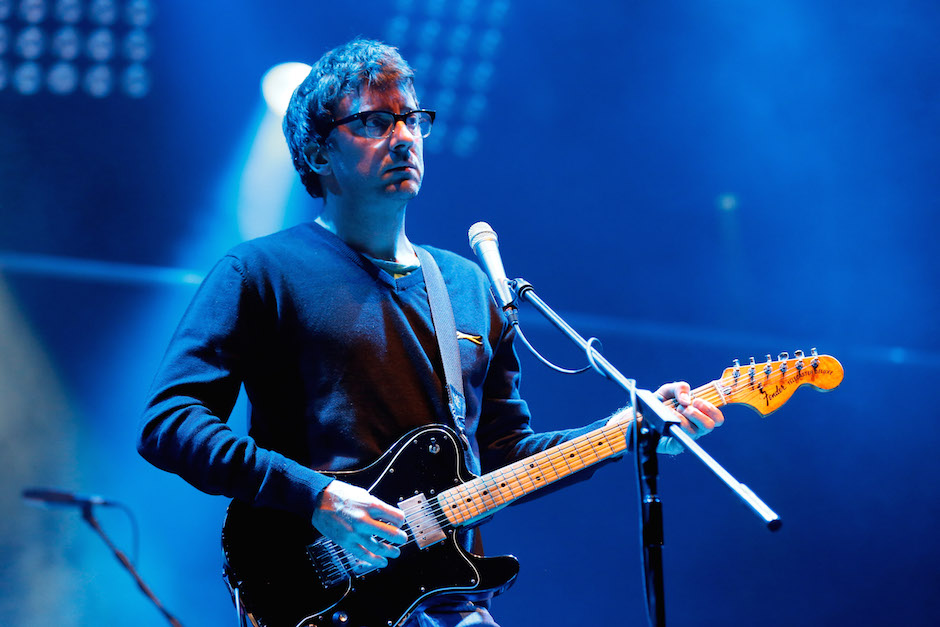 Noel Gallagher may have enjoyed Kanye West’s Glastonbury set, but one of Britpop’s other biggest names is not so big on Yeezus. Blur gave an interview to The Guardian surrounding a recent show they played in Hong Kong, where they recorded their reunion album The Magic Whip, and aside from sharing fun stories about playing a “Punching Game” with the “fucking massive” bassist from Dinosaur Jr. (presumably Lou Barlow?), one of the members weighed in with some strong opinions on pop music, and Kanye in particular.

Guitarist Graham Coxon was musing on ’90s pop music (“a wasted opportunity to make good music”), when the interviewer prompted him to discuss the state of today’s industry, which he called “a splurge of shit all over the internet.” When Kanye was proposed as a counterexample, he balked.

“He’s a fucking idiot, isn’t he?” Coxon said. “Does he even make his own albums? People aren’t interested in learning instruments and putting effort and time into it. They want it immediately. It’s McDonalds, isn’t it? It’s convenient. But all I hear is a loop starting, some bloke starts to sing or rap, and the loop finishes. There’s no shape to this stuff. And the lyrics just seem to be idiotic.”

Right, so count that as another U.K. resident firmly in the anti-Kanye camp. Read his full comments, as well as an illuminating interview with the rest of the members of the band, over at The Guardian.