Billy Corgan: Radiohead Was ‘the Last Band’ to Do ‘Anything New With the Guitar’ 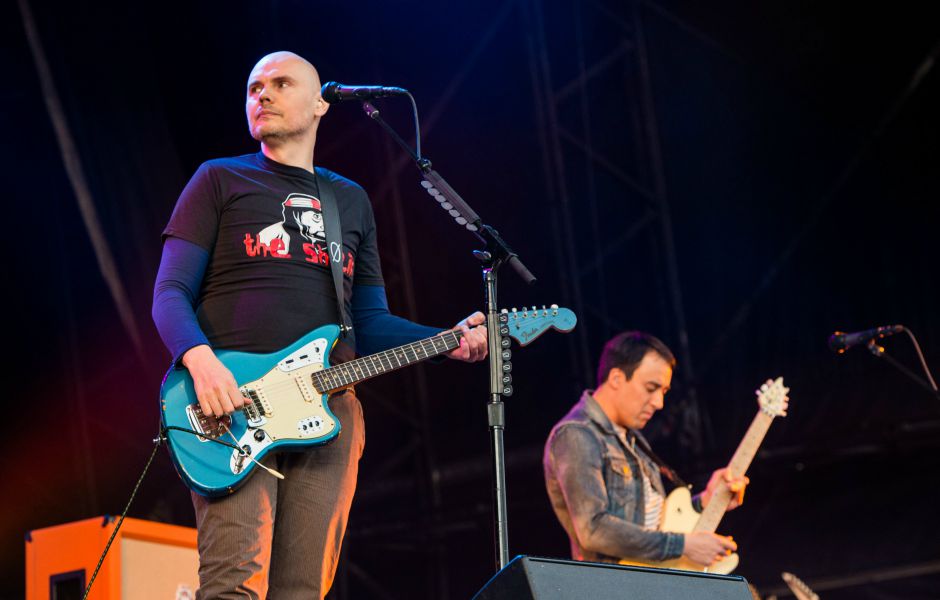 In a new interview with EW, which caught up with the Smashing Pumpkins frontman mid-tour with Marilyn Manson, Billy Corgan offered his thoughts on alt-rock music today. Though he praised Radiohead, saying, “Radiohead was the last band that really did anything new with the guitar,” he didn’t sound very optimistic about what’s happened in alternative rock since its heyday in the ’90s. “If you look at most alternative rock music in 2015, it hasn’t really evolved for 20 years,” he said.

“We get our asses kicked by EDM or some of these artists that are more keyboard and drum machine and reverb. They’re engaging in new technology. Guitar isn’t new technology — there are only so many ways you can warp it around. Radiohead was probably the last band that really did anything new with the guitar.”

Corgan did offer some kind words for bands like Queens of the Stone Age and Royal Blood, who continue to be, as he says, “successful” in today’s alt-rock world:

“If all you hear is pop and all you see are perfect performances and everybody smiling, to actually see a band invoke a darker spirit on stage and conjure it right in front of you in a mass of power you can’t explain, that is quite rare to that audience. No band in the past 15 years has come along and figured out how to do that. Most of the bands you can point to that have been successful that still do that, like Queens of the Stone Age, they’re coming from an earlier generation of power and an earlier language, even though they’re having contemporary success. There are some flashes, like a Royal Blood or something, where they’re trying to figure that power out, but they’re dealing with an audience that is so predisposed to pop.”

This is also the second time this week that the head Pumpkin has openly praised his alt-rock peers. Just the other day he called Foo Fighter Dave Grohl an “incredible musician” and credited his sorta-onetime rival Kurt Cobain with “opening the door for everyone, including SP.”

@DeadAsHellHP I don’t disagree. Kurt opened the door for everyone, including SP

@_gelfling_ @niglar @jccomplex that I don’t agree with. Dave is an incredible musician