Billy Corgan to Haters at Disneyland: ‘What the F—k Do You Want From Me?’

'I just want to hang out at Disneyland' 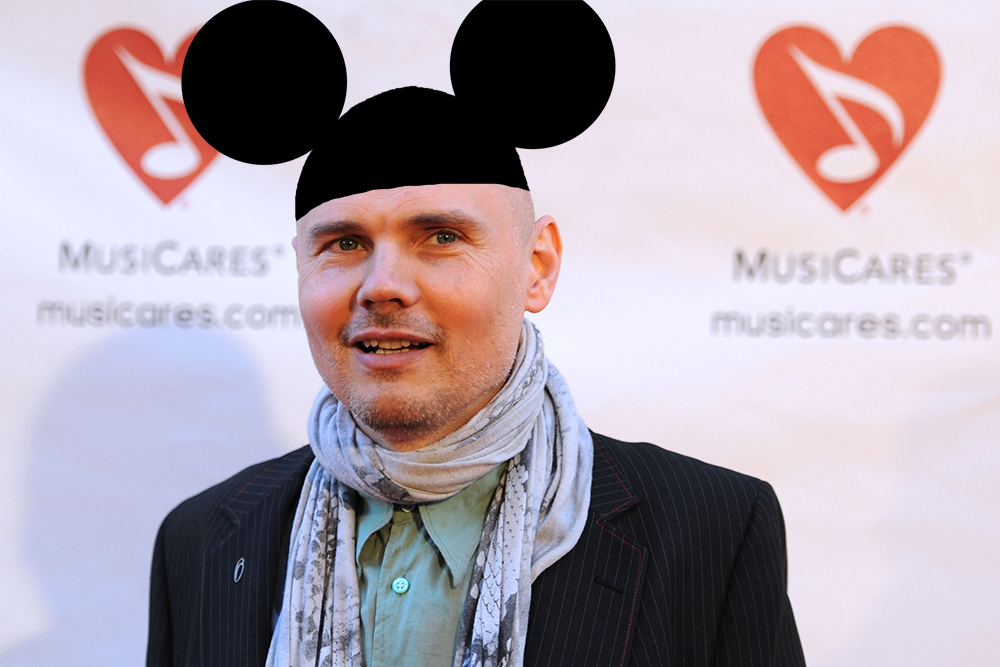 Billy “William” Corgan was recently photographed looking a little glum while riding Disneyland’s Big Thunder Mountain Railroad. The picture, via Us Weekly, is a truly magical piece of photojournalism, but it led to people giving Corgan a hard time for appearing unhappy at the Happiest Place On Earth. When a fan asked him about his Disney experience during a Q&A (via Alternative Nation), the Smashing Pumpkins leader explained why we was he was more Grumpy than Happy:

I literally had somebody say to me the other day, I think it was at Disneyland: “Hey, you don’t seem that into this.” I was like, “I’m at fucking Disneyland. I just want to hang out at Disneyland. I’m not here to do a meet and greet, I’m here to be at Disneyland.”

Corgan went on to explain how the incident was indicative of “servile” celebrity culture:

But it’s almost like, “Well you’re here, and I’m here, and because I’m on my vacation, your vacation, you’re part of my vacation.” It’s like, I’m not working, and I wasn’t being unpleasant, I wasn’t being rude. I was taking pictures with people, I took a picture with every person that asked. But then it gets into, what’s in your head? Like, you’re not smiling enough, or you don’t seem to be enjoying – and I’m like, what the fuck do you want from me?

So, next time you inevitably run into a celebrity at Disneyland (it’s a small world, after all), just let them be. It’s none of your business if they prefer Space Mountain to Splash Mountain.