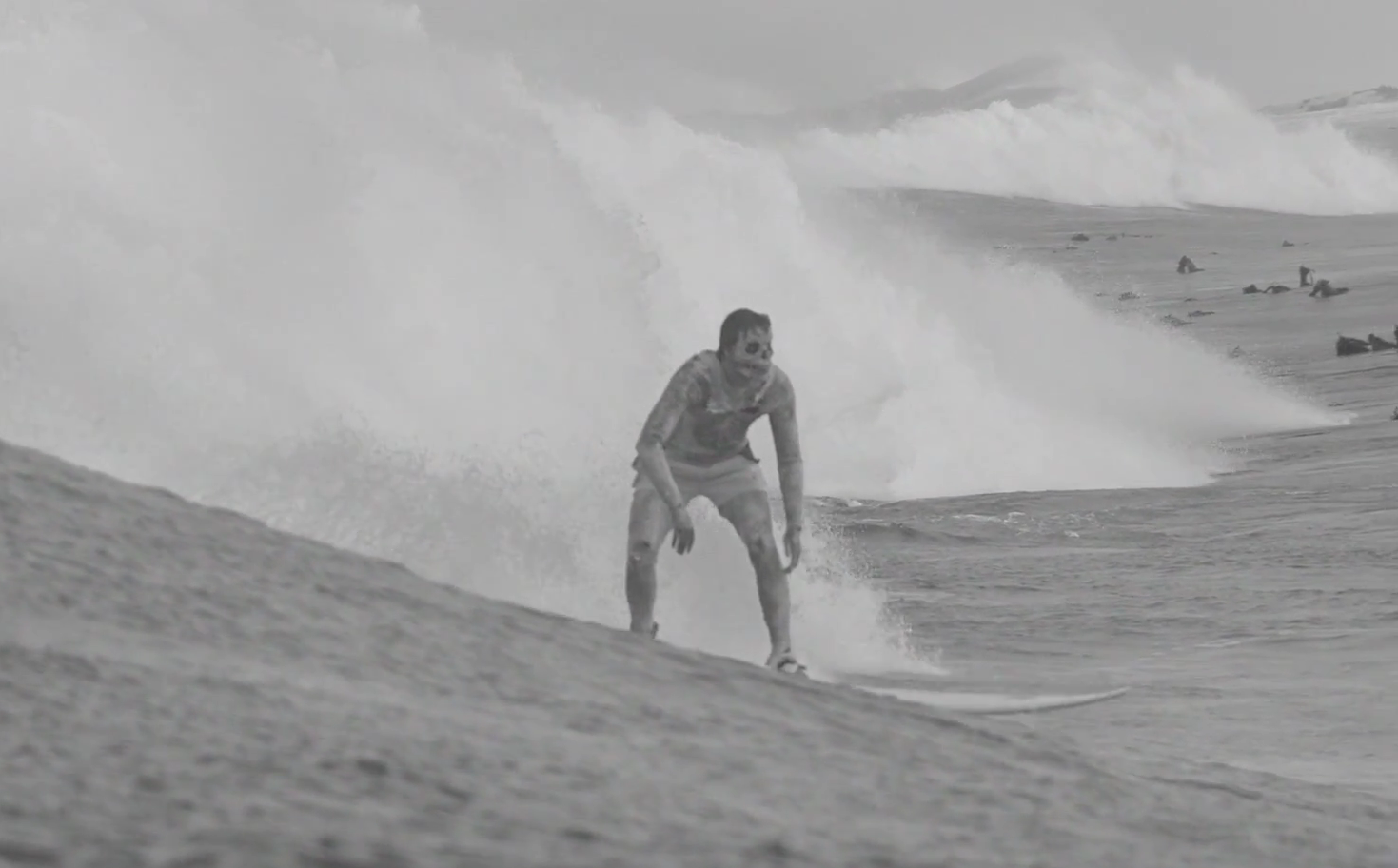 Air’s Nicolas Godin is set to release his Bach-inspired solo album Contrepoint on September 18 and today he’s shared a video from that record alongside a track featuring a notable pal of his. Phoenix singer Thomas Mars occasionally collaborates with the boys in Air under the name Gordon Tracks and he’s brought that moniker back for a Godin’s new German-language track called “Widerstehe Doch Der Sünde.” The track comes with an unforgettable visual of monochromatic spooky skeletons catching sick waves, which turns out to be a surprisingly potent pairing with the dreamy track. Watch it here.