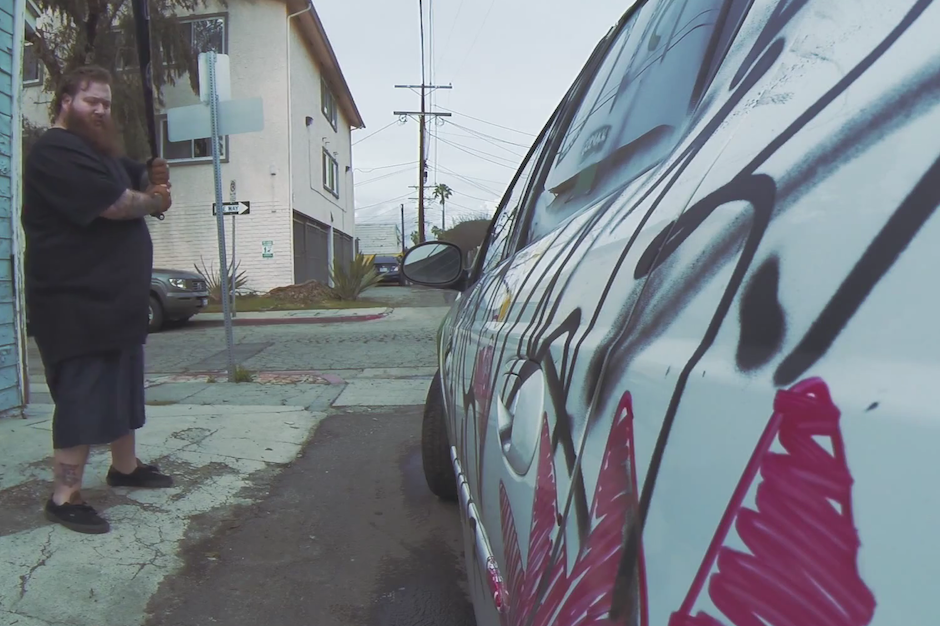 Gangrene, the production duo of the Alchemist and Oh No, have a new album called You Disgust Me out on August 7. For the first single “Driving Gloves” and video they’ve teamed up with their old pal Action Bronson for a characteristically gleeful romp. Over distantly rumbling drum samples and anxious organ exercises Bronson issues his characteristic absurdity.

The visual though is where the trio really shines, as they needlessly torture a man at an Enterprise dealership by taking a car on a careening joyride before they trash it entirely with a spray paint and sporting goods. Watch it here.