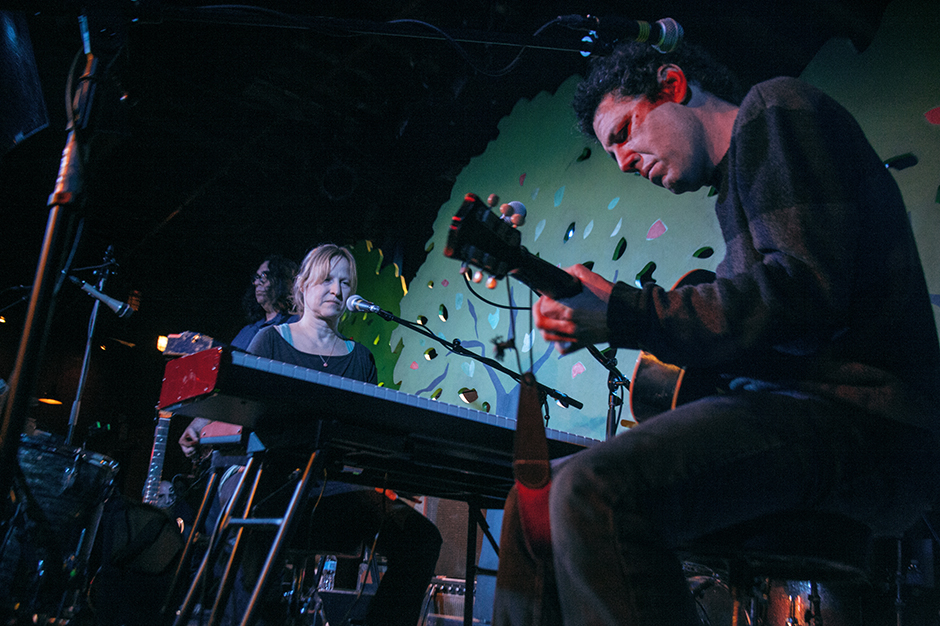 The iconic indie rock trio Yo La Tengo announced their upcoming mostly-covers record Stuff Like That There yesterday and to celebrate they made a stop by Tom Scharpling’s podcast The Best Show. The notoriously chatty host starts off their appearance with an extended interview that riffs on John Coltrane, National Lampoon’s Lemmings, pop songs they hate, and the new record.

Stereogum reports that the band performed the reworked version of “Deeper Into Movies” and Special Pillow’s “Automatic Doom,” which they released yesterday along with the album announcement, but the performances seem to have been edited out of the podcast. Stream the lengthy interview over at The Best Show’s site, starting around the 30 minute mark.

Stuff Like That There is out August 28 on Matador.